Jerome Powell’s Future as U.S. Fed Chair Is Under Review 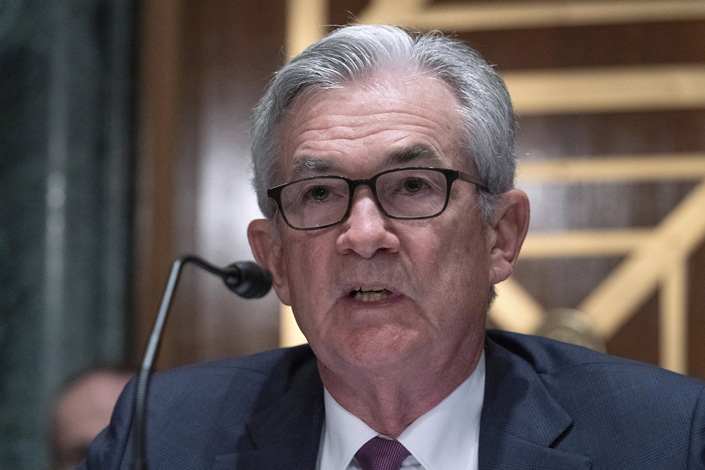 (Oxford Analytica) — The White House is considering whether to give Federal Reserve (Fed) Chair Jerome Powell, a Trump appointee, a second four-year term. Replacing him would provide an opportunity to refresh Fed policy but recent reports suggest that Powell has the significant support of Treasury Secretary Janet Yellen.

President Joe Biden has appointed a number of tough-minded regulators, notably Lina Khan at the Federal Trade Commission and Gary Gensler at the Securities and Exchange Commission, and this may ease pressure to make a comparable change at the Fed. In addition, uncertainty about inflation trends and a likely slowdown due to the reimposition of Covid restrictions will make markets nervous if Powell is replaced.

• Markets will react negatively if Powell is replaced by someone regarded as too pliant to the White House.

• The Fed will continue to face the challenge of negotiating between higher inflation and interest rate rises to ensure stability.

• Economic indicators are proving difficult to read in the post-pandemic environment, challenging the efficacy of monetary policy.

The chair of the Fed can serve two four-year terms but the second term, like the first, requires nomination by the president and confirmation by the Senate. The current chair, Powell, was appointed in 2018 and ends his first term in February. Many influential Democrats would like to see a more progressive chair, one clearly committed to financial regulation and a new emphasis on tackling income inequality.

In recent years, the Fed has confronted two economic catastrophes, the global financial crisis (2008-09) and the pandemic, both of which have required imaginative policy responses and produced an exceptional expansion in federal funds.

As chair during the pandemic crisis, Powell has been widely praised for expansive qualitative easing (QE), devising support schemes for large, medium and small businesses, and steadying the financial markets with the injection of massive amounts of credit. In addition, Powell handled the premature rise in interest rates in 2018 and the repo market turmoil of 2019 effectively.

Powell is credited with steering the Fed’s monetary policy into a new era of “makeup policy,” which means inflation rates can be tolerated at higher levels after a recession or downturn as part of the process of allowing households and businesses to recover losses. It recognizes that inflation is commonly below 2% during recessions, which means accepting rates over this target as the recession ends. Inflation is now around 5%.

Fed chairs are appointed by a political process but must aim for impartiality of judgement and neutrality of policy once in office. These qualities are crucial to maintaining market trust in the Fed’s independence as the maker of the monetary policy which provides the framework for financial stability. In particular, markets must never think that the Fed is monetizing federal government debt by printing more money, as this would undermine faith in the currency.

Several influential Democrats are concerned that Powell is weak on financial regulation, reflecting his years working on Wall Street, when a robust enforcement of the financial reforms contained in the 2010 Dodd-Frank Act is needed. Senator Elizabeth Warren, the leading progressive who ran for president last year, and Sherrod Brown, who chairs the Senate Banking Committee, both seek a Fed chair more in line with the strong figures that Biden has appointed to other regulatory agencies.

These politicians have influence on the nomination process. In 2014, when Lawrence Summers was the Obama administration’s first choice to succeed Ben Bernanke as Fed chair, Senate doubts about the suitability of Summers and Warren’s championing of Janet Yellen saw Yellen ultimately get the post. Several former Warren staffers have taken up leading positions in the Treasury and may influence the decision of the Biden administration.

Defenders of Powell’s stewardship argue that any apparent neglect of financial or banking regulation overlooks the positive wealth and wage effects of the new “makeup monetary policy” which directly improves incomes by creating stability. However, the outcome of this policy is not yet clear and could result in serious inflation. Critics such as Warren and Brown remain unconvinced that it represents a better alternative to deeper regulation of the banking sector.

Powell has good relations with members of the Senate and House, briefing them regularly on Fed policies and plans. Yellen, his predecessor at the Fed and now treasury secretary, has praised Powell’s performance during the pandemic and the Biden White House has been supportive of Fed policies. She also appreciates his resistance to pressure on the Fed from former President Donald Trump.

Powell is respected in the financial markets and has won praise for steering monetary policy into accommodative measures that met the scale of the challenge posed by the pandemic to the economy.

Many of the issues being considered as the White House moves towards a decision on Powell relate to the economic impact of the pandemic.

Many commentators attribute much of the economic stability achieved since the onset of the pandemic to the successful Fed policies that Powell has directed. One consequence has been a higher-than-expected rate of inflation that, Powell argues, is transitory and will stabilize around the 2% target.

Some politicians are getting nervous as consumer price increases reached a 13-year high in July (5.4%) and core inflation, the measure used with volatile indicators removed, hit 4.3%. However, some commentators suggest that the need to complete the process and bring inflation back down means that markets want to see Powell continue the task, and would react negatively were he replaced.

The Fed faces a second huge challenge, complementing the inflationary danger, in deciding when to taper off its purchases of bonds under QE. It is currently committed to a total of $120 billion each month. There is some pressure within the Fed to disengage more quickly from this scale of bond purchases, and Powell may say more on this in his Jackson Hole speech.

If Powell is re-appointed, as seems probable at present, Biden still has a number of vacancies to fill on the Board of Governors. Two likely candidates, both formerly part of the Obama administration and experts in aspects of labor market inequality and obstacles to equal participation, are William Spriggs of Howard University and Lisa Cook of Michigan State University.

Their appointments would be welcomed by those Democrats who want the Fed to pay more attention to these issues, and who may be disappointed by a second term for Powell.

Lael Brainard, a Board member since 2014, has developed a reputation for favoring a new regulatory approach and wants to develop a central bank digital currency, a policy shared by Warren. Considered a leading alternative to Powell, she may become the Vice-Chair for Bank Supervision when the incumbent’s term expires later this year.