Tianqi Lithium Back in the Black on Surging Prices 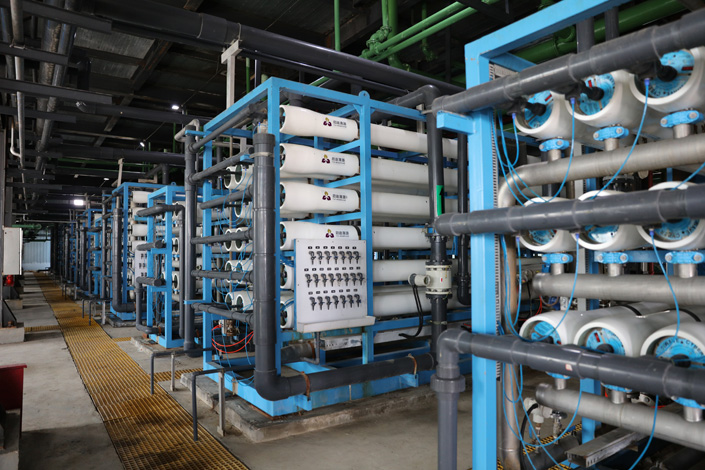 Tianqi Lithium Corp. (002466.SZ), one of the world’s biggest producers of the commodity, recorded its first half-year profit in two years of 85.8 million yuan ($13.3 million), thanks to a jump in sales and prices of the company’s lithium products amid a booming uptake in new energy vehicles.

The Sichuan-based company recovered from a loss of 697 million yuan in the same period last year, according to an earnings report (link in Chinese) released on the Shenzhen Stock Exchange on Monday. In the six months through June, revenue came in at 2.4 billion yuan, a 25% jump from a year earlier.

The producer said sales of its lithium compound products — a portion of which are used to make lithium batteries in new-energy vehicles (NEVs) — were up 36.4% year-on-year, while average prices increased by 31.2%.

The company also attributed the jump in profit to an increase in the share price of Chilean lithium miner SQM, 23.75% of which was held by Tianqi. In November last year, the company came close to defaulting on $1.88 billion in loans taken out two years ago to finance the purchase of the stake in SQM before Perth-based miner IGO Ltd. helped it out of the debt squeeze by agreeing to acquire nearly half of Tianqi Lithium Energy Australia (TLEA) for $1.4 billion.

TLEA is Tianqi’s unit that operates Greenbushes, the world’s largest lithium mine, in Western Australia. The sale has been completed, Tianqi said in the report.

Tianqi’s Shenzhen-listed shares gained 2.66% to close at 135 yuan on Monday.

With China transitioning to clean energy and transportation, and NEV sales booming, the world’s lithium supply crunch could continue until 2025, according to a senior analyst at Minmetals Securities Research Institute.

“At present, the lithium industry is clearly driven by demand,” Sun Jingwen, assistant director of the institute said in an interview with Caixin, as the development of the global NEV industry has transitioned from an exploratory stage to a progressive stage backed by demand.

Right now, NEVs alone account for about half of the uptake of lithium, which is favored by electric car makers because of its high capacity and high energy density. Along with energy storage and consumer products, the three account for 70% of the demand for the key metal. Back in 2015, NEVs, in their early developmental stage, only made up 10% of lithium demand.

In the first half of 2021, sales of NEVs leapt by more than 200% to 1.2 million units, according to the China Association of Automobile Manufacturers.

“The lithium industry has never experienced such a large-scale, continuous demand growth,” Sun said, adding that he expects the sector to maintain rapid growth until 2025.

The price of battery-grade lithium carbonate has been on the rise this year, with the average price of the product reaching 106,000 yuan per ton last week, more than double the price of 50,000 yuan per ton at the beginning of the year, according to non-ferrous metal price-tracking website Shanghai Metals Market. The average price of battery-grade lithium hydroxide also soared nearly 140% to reach 118,500 yuan per ton in the same period. Lithium carbonate and lithium hydroxide are the two lithium compounds used in battery cathode production.

Considering the downturn of the lithium industry from 2018 to 2020 due to plummeting prices and the impact of the coronavirus pandemic, it may be hard for limited supply to keep up with changes in demand in the next 12 months, Sun said.

“There will be a relatively obvious supply and demand gap starting this year, and we could see a tight supply-demand balance up to 2025,” he said, but noted that as the price of lithium rises, more and more producers would be seeking and developing alternatives to lithium-ion batteries.