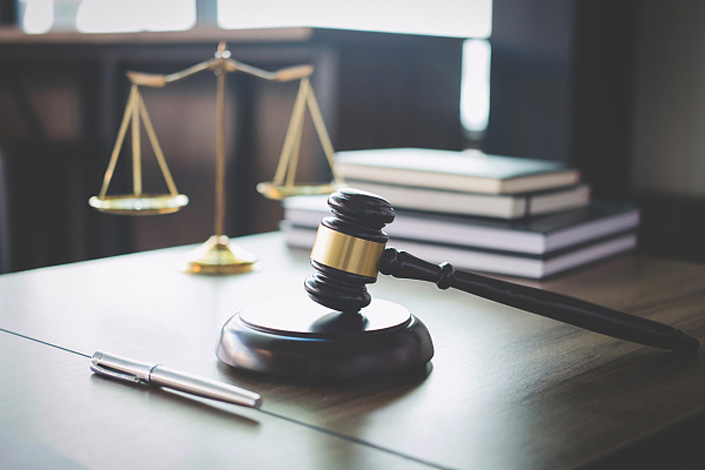 A nationwide review targeting 7,640 former judges and prosecutors who left their posts after 2012 to work as lawyers found that 2,044 of them had “violated laws and regulations.” Photo：VCG

Nearly 30% of surveyed former judges and prosecutors who switched careers to become lawyers were found to have done so illegally or manipulated the legal system on behalf of others for personal gain, according to the Chinese Communist Party’s central legal and political body.

A nationwide review targeted 7,640 former judges and prosecutors who left their posts after 2012 to work as lawyers, and found that 2,044 of them had “violated laws and regulations,” including 101 acting as “judicial brokers,” who illegally use their influence on behalf of others for profit, Chen Yixin, secretary general of the Central Political and Legal Affairs Commission, said at a Monday press conference (link in Chinese).

He didn’t give any more details of the violations or confirm if the offenders had been punished.

Former judges and prosecutors are prohibited from starting work as a lawyer before the expiry of a two-year moratorium after leaving their official posts as required by law, or becoming involved in cases that were handled by the courts and procuratorates where they previously served.

In February, the Central Political and Legal Affairs Commission launched a nationwide inspection of the country’s law enforcement and justice systems, as part of an anti-graft campaign across all arms of government. The probe was part of an overarching policy ordered by President Xi Jinping in 2012 to weed out corrupt officials at all levels of the government, aptly titled “tigers and flies.”

During the nationwide review, 178,431 cadres and officers handling political and legal affairs were also punished for “disciplinary and legal violations,” including 195 people at the bureau-director level, Chen said.