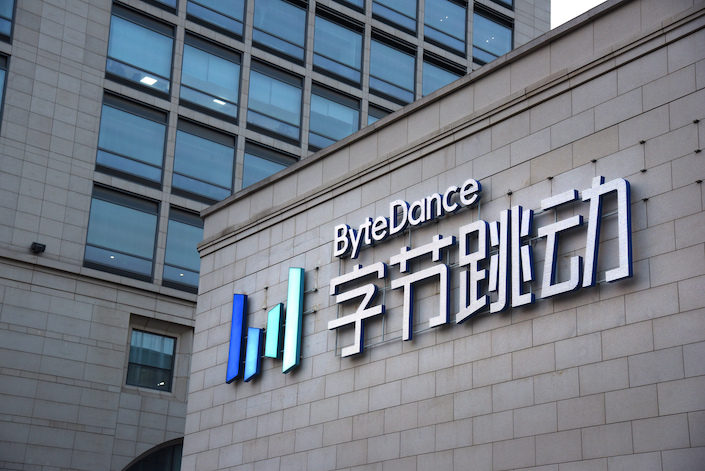 China’s tech giants are under increasing public pressure over grueling, long-hours schedules, which were blamed for several deaths of young employees. At the same time, some ByteDance workers are concerned about the loss of income. In an internal survey before the move, about a third of ByteDance workers said they opposed cancellation of the Sunday overtime policy because of the pay cuts, Caixin learned.

When employees are required to work Sundays, they can collect double pay for the extra workday. Employees at ByteDance’s research and development department previously could make 6,000 yuan ($930) a day in overtime pay, an employee who recently bought housing in Beijing told Caixin. When he applied for a mortgage, he didn’t expect that income to disappear, the employee said.

The absolute value of pay loss varies by position because of base salary differences, but many employees are taking about a 20% hit, multiple employees estimated. Some ByteDance employees said on social media that they worried that they will be left with the same workload but less pay.

In January, a male employee at e-commerce giant Pinduoduo Inc. jumped to his death from his family’s 27th floor apartment in the Central China city of Changsha. That was less than two weeks after a 22-year-old employee collapsed and died after getting off work in the early hours of Dec. 29. The incidents sparked a social media backlash against the relentless working schedules at China’s tech companies, prompting government investigations.

In June, Tencent-backed gaming studio Lightspeed & Quantum Studios, which developed the popular title Game of Peace, said it would encourage employees go home at 6 p.m. every Wednesday and leave the office no later than 9 p.m. on other days.

In a Thursday notice, the Supreme People’s Court and the Ministry of Human Resources and Social Security labeled “996” — the common practice of working 9 a.m. to 9 p.m., six days a week — as a serious violation of China’s labor law.

The authorities released details of 10 cases of arbitration or court decisions regarding overtime disputes, aiming to “remind employers of the risks of illegal behavior and guide workers to defend their rights in accordance with the law.”

“Workers are entitled to remuneration, rest and the right to take leave, and it is the legal obligation of employers to comply with the national working hours system,” the Thursday notice said. “Overtime work is very likely to cause labor disputes and affect the harmony of labor relations and social stability.”

Cai Xuejiao contributed to this report.