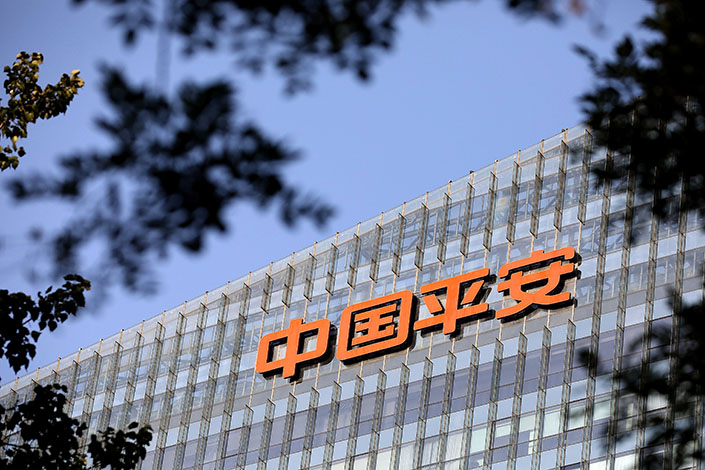 An office of Ping An Insurance in Beijing’s Chaoyang district on August 2, 2020. Photo: VCG

OneConnect responded the same day in a statement that it “strongly denies these slanderous and meritless allegations.” The fintech firm said its audit committee has started an investigation into the allegations and has appointed law firm Cleary Gottlieb Steen & Hamilton LLP to advise the committee.

The rebuttal came on the same day Reuters reported that the China Banking and Insurance Regulatory Commission (CBIRC) is probing Ping An’s property-linked investments in a bid to uncover and contain relevant risks, citing two sources with knowledge of the matter.

Ping An said its business operations and strategies “are all in line with the requirements stated by the law, rules and regulations,” according to a filing released on Hong Kong Stock Exchange on Tuesday. It did not directly address the Reuters report.

In recent years, the Chinese government has further tightened restrictions on funding activities in the property sector to cool the overheated housing market and prevent potential financial risks.

In February, Ping An said it was exposed to risk in its investment in debt-ridden property developer China Fortune Land Development Co. Ltd. (600340.SH) amounting to 54 billion yuan ($8.4 billion). As of early that month, China Fortune and its subsidiaries had defaulted on more than 5 billion yuan in debt as the developer had struggled to raise cash.

In the first half of this year, Ping An made 35.9 billion yuan worth of adjustments — including impairment provisions and valuation adjustments — to investments related to China Fortune, which led to a 20.8 billion yuan reduction to its net profits during that period, according to the company’s latest interim report.

OneConnect provides technology products and services for financial institutions to gain new users and manage risks. Investors have criticized the fintech firm for relying too heavily on Ping An. In the second quarter of this year, Ping An contributed more than half of OneConnect’s total revenue, its latest earnings report showed.