Trending in China: Common Prosperity Is ‘in Our Genes,’ Tech Titans Insist 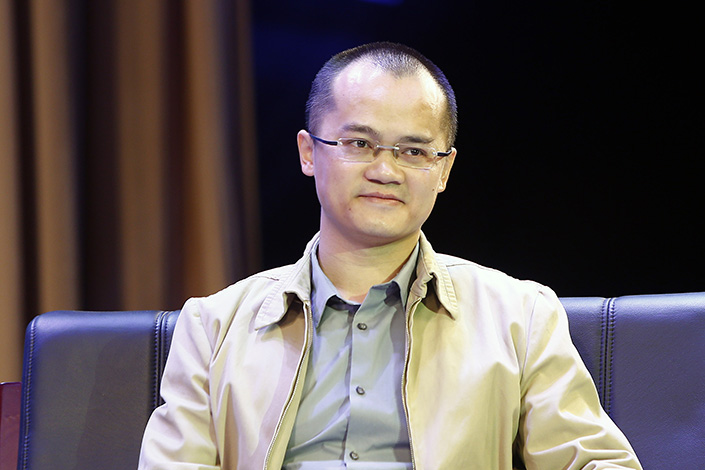 The hashtag #Wang Xing Addresses “Common Prosperity” #王兴针对共同富裕表态 was trending on Wednesday with 9 million views and over 4,000 comments, as tech leaders found common cause with the campaign by pointing out how their company names echoed the wealth-sharing sentiment espoused by President Xi Jinping.

Social media users in China made fun of internet giant Meituan’s founder and CEO Wang Xing after he posted a transcript of his company’s latest earnings call in which he said that the tech giant’s name was proof that the company had always strived for “common prosperity.”

In the earnings call on Aug. 30, Wang explained that “‘common prosperity’ was rooted in Meituan’s genes.”Despite facing a host of regulatory challenges, Meituan reported a 77% increase in quarterly revenue. Since April, the company has been accused of anti-competitive practices, data security breaches and infringements of consumer rights, and ordered to pay social insurance to its flexibly employed fleet of drivers.

The 42-year-old billionaire told investors that Meituan means “beauty” in “unity,” and that the company believes everyone does “better together.” Wang also said that “regulatory changes are good for sustainable development and orderly growth of the internet industry, promoting fair competition and healthy development.”

Other tech firms joined in asserting their names also resonated with the theme of “common prosperity.”

Smart-device maker Huami Technology’s Vice Chairman Wang Yichao posted on WeChat that “Our company’s name is made up of two characters: “Hua” reflects the beauty of the Chinese people, and “Mi” means we hope everyone will have rice, and can make money… It is for this goal that we’ll continue to work hard.”

In a Weibo post read by 3.9 million, Yao Jinbo, CEO of real estate trading platform 58.com, said his company was thus named as it meant “doing business and getting rich together.”

In February this year, China declared that it had eradicated extreme poverty. As the nation recovers from the impact of the coronavirus pandemic, the central government’s focus has switched from growth to social security with renewed efforts to achieve “common prosperity” by 2035.

Many readers provided alternative literal definitions of Meituan’s name: “American team” was one, implying that the company’s allegiance lies with the U.S.; and “beautiful eloquence” was another, suggesting that the Meituan leader had a greater gift for talking over action.

One commentor responded in matter-of-factly, saying that “Although Meituan had solved economic problems of many people, directly creating prosperity, its name could not be tied to this endeavor. As the earliest main business of Meituan was group buying, the character “tuan” meaning “group” simply refers to group buying.”