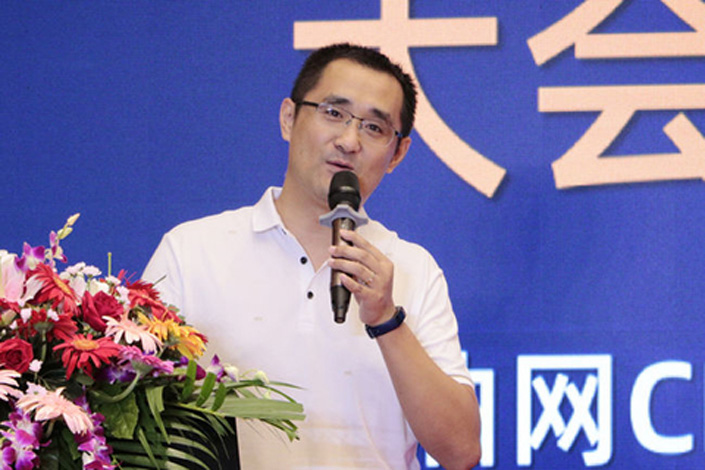 China’s first e-commerce trading platform for petroleum is running out of money, and has delayed millions of dollars in payments to staff for months, Caixin has learned.

Multiple sources inside 51zhaoyou.com said the company had failed to pay the wages of more than 200 workers since May, and that it owed at least 13 million yuan ($2.01 million) in backpay.

In July, the company told employees it would stop covering their social insurance.

CEO Lü Jian confirmed the firm’s cash flow problems in an email sent to employees on June 17. “If there is no more new investment coming in, we may have to shut down the platform,” Lü said.

By the end of August, some employees who hadn't sought labor arbitration had been repaid for May.

The e-commerce platform, owned by Shanghai Zhaoyou Information Technology Co. Ltd., runs its business by connecting gas stations with customers. To get a lower rate for the gas, customers have to make up-front deposits, which become the company’s cash flow.

The misuse of these deposits has directly contributed to the company’s strife, said a source close to the matter. After realizing the e-commerce app could no longer pay for their refueling, clients have rushed to claim refunds of their deposits, pushing the company to the verge of bankruptcy.

The clients of 51zhaoyou.com include many courier giants, from SF Express, JD Logistics, and Deppon Logistics to YTO Express, ZTO Express, and so on, according to the company’s business plan updated at the end of 2020.

Even with these major customers, the platform could not avoid falling into the unsustainable trap of offering massively subsidized prices to boost gross merchandise volume. Its profit margins were quite thin because it was challenging to bargain with powerful gas station operators, a person who previously worked at 51zhaoyou.com told Caixin. Once its discounts were not attractive enough, customers wouldn’t stick around.

Unlike other consumer goods, the refined oil market is heavily supervised. The gas station simply acts like a “porter,” and doesn’t have much say over the price, a source familiar with the market said. Therefore, being the middleman is, by nature, not profitable.

“Those oil enterprises can totally make money on their own,” another source familiar with oil trading said. “Why would they need to rely on a platform like this?”

A total of 1.39 billion yuan was raised by the troubled platform after five rounds of funding between 2015 and 2018. It identified itself as “China’s biggest online energy management platform” when seeking funds.

Despite its financial plight, the B2B platform plans to list through a variable interest entity structure, and it is valued at $530 million, according to its contract with staff. Fundraising started in January and lasted through the end of June.

Employees have expressed interest in investing in an IPO through staff discount advantages.

Lü did not respond to any texts or calls seeking comment from Caixin.