By Zhou Wenmin and Tang Ziyi 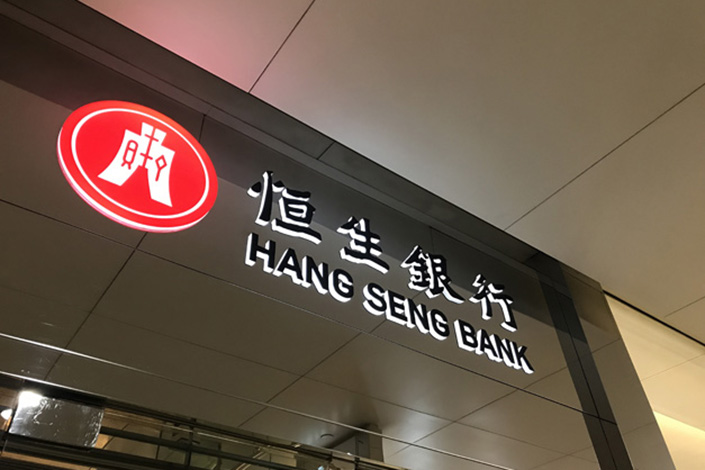 The report (link in Chinese) said Monday that the banks last week conducted final technical tests based on suggestions from regulators on the Chinese mainland and in Hong Kong. Detailed regulations for the program are expected to be launched soon, the report said.

The idea of the program, first announced in early 2019 (link in Chinese), is to facilitate cross-border investment in WMPs. Under the program, mainland residents in the GBA — namely those in Guangzhou, Shenzhen and seven other cities in Guangdong province — will be allowed to open special investment accounts with banks in Hong Kong and Macao to buy qualified WMPs via the “southbound link,” while residents of the two special administrative regions can buy WMPs sold by mainland banks operating in the GBA via the “northbound link.”

The program is part of Beijing’s efforts to further open up the mainland’s financial market. It will be another cross-border investment system between the mainland and Hong Kong following the stock and bond connect programs.

According to a draft regulation for the program issued by mainland regulators in May, net capital flows under both the northbound and southbound links would be capped at 150 billion yuan ($23 billion). And the cap on an individual’s investment would be set at 1 million yuan.

Under an ideal scenario, the program could attract 300,000 investors and bring a total of more than $700 million in annual revenue to banks in the GBA, said Zhou Guochang, deputy general manager of the personal digital financial products department of the Hong Kong business unit of Bank of China Ltd.

The GBA has no shortage of wealthy potential investors. As of the end of 2019, Guangdong province, Hong Kong and Macao had a combined 455,000 families with investable assets of more than 6 million yuan, accounting for a quarter of China’s total number of such families, according to the Hurun Wealth Report 2020 (link in Chinese).

Cross-border WMP products are attractive to people who are willing to invest in different markets and want to diversify their investment portfolios, said Liu Huifen, head of the private banking division of China Construction Bank (Asia) Corp. Ltd. For instance, some investors want to invest overseas to hedge against risks in the mainland stock market. And some middle-aged investors may invest in foreign-currency funds for their children’s overseas study plans, to hedge risks of appreciation of foreign currencies, said Li Hualun, a manager at HSBC Bank (China) Co. Ltd.

Also, the program expands access for Hong Kong investors who are attracted to assets in the mainland’s rising industries such as the internet, new infrastructure and health care sectors, as well as well-performing yuan assets in the post-epidemic period, a spokesperson of Standard Chartered PLC told Caixin.

Denise Jia and Guo Yingzhe contributed to this report.