By Zhao Xuan and Ding Yi 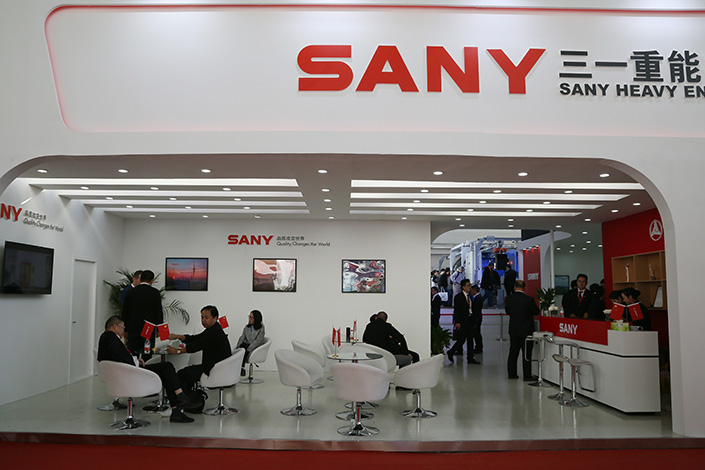 A Sany booth at a Beijing expo in October 2018. Photo: VCG

The approval takes the company a step closer to obtaining the funding it will need for its plans to grab a larger slice of China’s booming wind power generator market amid growing demand for green energy.

Sany Heavy Energy Co. Ltd., established in 2008 to run businesses including wind turbine production and wind farm design, meet the STAR Market’s listing conditions and information disclosure requirements, the listing committee of the Nasdaq-style board said in a Tuesday announcement (link in Chinese).

In an updated listing prospectus (link in Chinese) issued in August, Sany Heavy Energy said that it aims to raise 3.03 billion yuan in the IPO, nearly 70% of which will be used to either fund research and development of new technologies and products or supplement its working capital.

The remainder will be earmarked for construction of high-power wind power generator production lines and an industrial complex in North China, as well as the upgrading of its current production facilities, the prospectus said.

While it became profitable in 2020, its liability-to-asset ratio dropped to 85% in 2020 from 124% in 2018, according to the prospectus, adding that an IPO will help the company improve funding flexibility and efficiency, thus reducing the cost of capital.

The report, which labeled Sany Heavy Energy as China’s eighth-largest wind power equipment supplier in terms of market share, said the top six companies collectively won 85% of total bids to supply their products in the country in the first eight months of this year.

In an effort to grab more market share, Sany Heavy Energy in August 2021 lowered its bidding price to 2,392 yuan per kilowatt (KW) from 3,101 yuan per KW to win a contract from state-owned power titan China Huaneng Group. The higher price was offered for a similar deal in December with the same group, according to data provided by China Huaneng Group.

A wind farm developer told Caixin that Sany Heavy Energy’s low bidding prices were unreasonable especially at a time when the prices of raw materials, including copper, iron and steel, used in wind power generators were on the rise. The developer also voiced concerns over the company’s possible inability to guarantee the quality of its products.

In 2020, the amount of Sany Heavy Energy’s quality guarantee deposit stood at 3.7% of its total contract value for the year, totaling 120 million yuan, according to its prospectus.