By An Limin and Manyun Zou 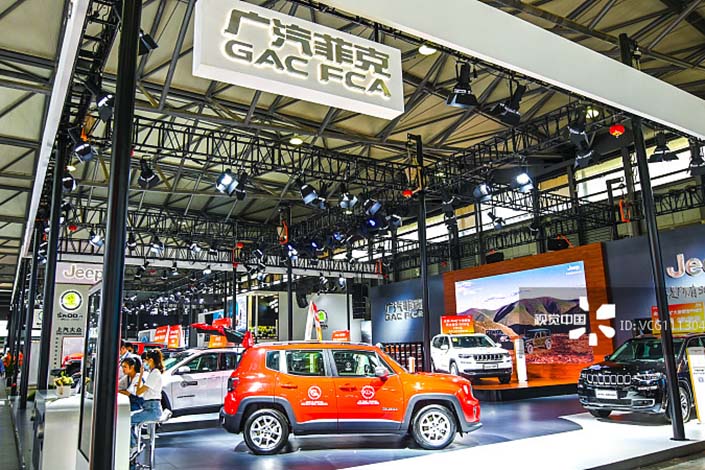 A GAC-FCA booth at an auto show in Shanghai in October. Photo: VCG

A joint venture between multinational car giant Stellantis NV and Guangzhou Automobile Group Co. Ltd. (601238.SH) is shutting down one of its two Jeep factories in China, the world’s largest vehicle market, after years of sluggish sales.

GAC Fiat Chrysler Automobiles Co. Ltd. announced Wednesday (link in Chinese) that it will close the factory in Guangzhou and transfer all the production to the city of Changsha in Central China’s Hunan province. The transfer will be completed by next March, according to a Reuters report.

“We are working on a new strategic plan for China that will be disclosed by the end of this year,” according the statement from Stellantis, which was formerly Fiat Chrysler Automobiles N.V.

Stellantis, which manufactures a wide range of brands from mass market to luxury including Maserati, Alfa Romeo, Dodge and Peugeot, is not the only foreign car manufacturer who is struggling in China, which after almost three decades of breakneck growth posted its first annual drop in 2018 on slowing economic growth.

GAC Fiat Chrysler’s decision is not a surprise. According to Guangzhou Automobile Group’s 2020 annual report, the two Jeep factories have an annual manufacturing capacity of over 328,000 vehicles, but only utilized 11.7% of that last year, compared with 64.24% in 2016.

However, sales soon took a sharp turn for the worse starting in 2018, when the Jeep-maker issued a massive recall of more than 143,800 vehicles (link in Chinese) after complaints about quality problems piled up. Its sales volume fell nearly 50% to 125,000 units and plummeted to another low in the next year, with only 73,900 units sold in 2019.

Jeep cars have been recalled at least five times, based on the notices published on the company’s official website. The latest one was published in August 2019, when it recalled 9,052 vehicles due to engine problems.

Dongfeng Motor Corp., a shareholder of Stellantis, also announced Wednesday (link in Chinese) it would sell about 36.06 million shares in the automaker for 600 million euros ($709 million) in total.

After the deal is completed, the Hong Kong-listed company will retain a 4.5% stake, down from 5.62%, in Stellantis and it has agreed to a 90-day lock-up period during which it won’t sell any shares.