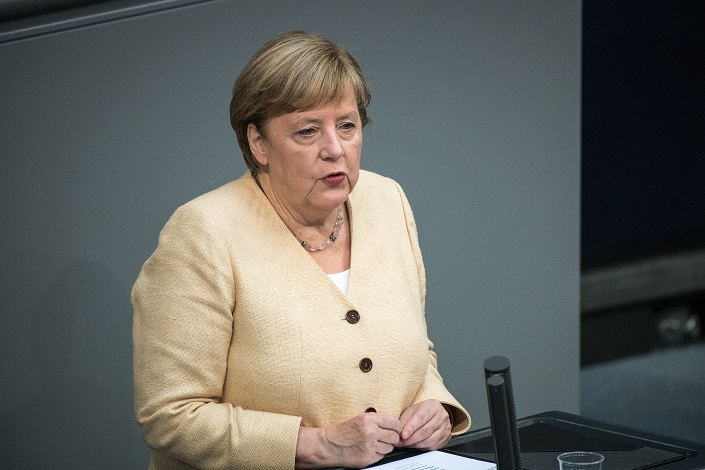 Germany’s outgoing Chancellor Angela Merkel said in a Friday phone call with President Xi Jinping that she would maintain “close communication” with Beijing and help “bridge gaps” between China and Europe, according to the official Xinhua News Agency.

Merkel also said the EU-China investment agreement, which Brussels and Beijing hammered out in December last year, is beneficial for both sides, adding that she hopes it can be ratified and implemented soon.

She added that Germany hopes to strengthen its vaccine cooperation with China, according to Xinhua.

Expressing gratitude to the four-term chancellor, Xi said he “highly appreciates the fact that Merkel has been actively committed to promoting Germany’s and the EU’s practical cooperation and friendly exchanges with China.”

Merkel plans to retire as chancellor after the country’s federal elections late this month, which will elect a new government and chancellor.

The two countries have helped China and the EU to complete their investment agreement negotiations on schedule, and worked together to uphold multilateralism, safeguard free trade, and actively tackle climate change, Xi said.

Xi expressed his hope that Germany will encourage the EU to adhere to the correct policy on China, treat differences objectively and address them rationally to promote better China-EU relations, Xinhua reported.

Merkel was quoted by Xinhua as saying that she is willing to maintain close communication with the Chinese side and make joint efforts to push Germany and the EU to bridge gaps with China through dialogue and properly handle their differences.

The EU-China investment agreement is beneficial for both sides, she said, adding that she hopes it can be “smoothly ratified and put into effect as soon as possible.”

Since early May, the European Parliament has delayed the ratification of the agreement ― which would offer European companies access to Chinese markets and facilitate Chinese investment in Europe ― as political tensions rise over a range of issues such as Hong Kong and Xinjiang.

During a virtual meeting with Merkel and French President Emmanuel Macron in early July, Xi said China is willing to hold the China-EU summit scheduled for this year “as soon as possible” in a bid to expand bilateral cooperation, including by promoting the investment deal. A date for the summit has not yet been announced.