Weekend Long Read: What Does China’s Consumption Slowdown Mean for the Economy? 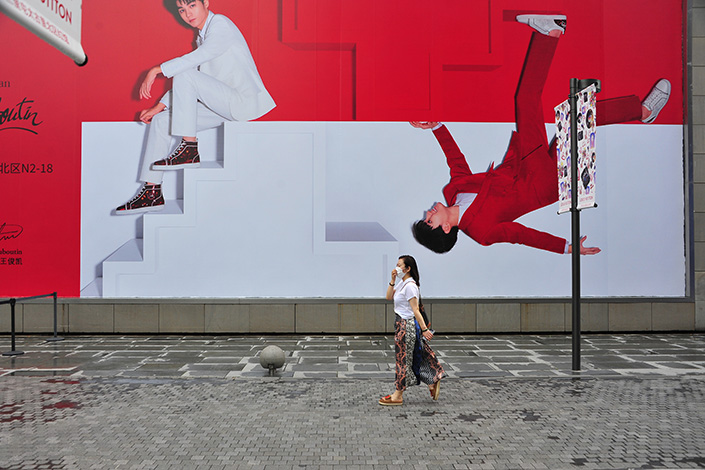 China wants to boost its “dual-circulation” strategy, with emphasis on both internal and external circulation. However, the internal economic circulation is likely to have slowed down at the beginning of the second half of 2021.

Over the past seven months, unadjusted fixed-asset investment declined year-on-year. The export growth rate slowed, but the manufacturing growth was still mainly driven by exports. The rapid decline in investment and exports pushed the contribution of consumption to China’s GDP to 77%.

Although consumption has a significant role to play in internal economic circulation, its growth rate is seeing a notable decline and some structural problems are emerging. The growth in monthly retail sales of consumer goods is showing a downward trend. In July, the annual growth rate of the retail sales of consumer goods was only 8.5%, a big drop from 12.1% in June.

At the first glance, consumption expenditure seems to be affected by the pandemic prevention and control measures. But a deeper scrutiny reveals that a drop in the growth of individual income, gloomy economic forecasts and diminishing marginal propensity to consume are the underlying causes for the slowdown. If effective measures are not taken to stimulate consumption as soon as possible, China will face the challenge of an economic slowdown in the second half of 2021 and even next year. Meanwhile, it will seriously impede the country’s plan to establish “a new development pattern of dual circulation, in which domestic and foreign markets reinforce each other, with the domestic market as the mainstay.”

According to data from the National Bureau of Statistics, the retail sales of consumer goods grew by 20.7% year-on-year from January to July, with an average two-year growth rate of 4.3%. But if we compare it with recent data, the results do not look very optimistic.

As for the national per capita consumption expenditure, the average two-year growth rate is 3.2%, which is two percentage points lower than the actual growth rate in the first half of 2019.

As for exports, China’s total export value has sustained a high growth rate since October 2020, but it is unsustainable and has started showing signs of decline. In July, the growth rate of total export value was 19.3%. It is still a high growth rate, but it has decreased 12.9 percentage points from that in June. The new export orders index of the Purchasing Managers’ Index (PMI) has declined for four consecutive months from April to July in 2021, showing that the export growth rate will likely continue the downward trend in the future.

Though China has done well in controlling the pandemic situation, we have still seen several regional outbreaks in 2021. During this period, different places have put in place pandemic prevention and control measures, which have significantly affected people’s normal travel and their frequency of using services. For this reason, it is unlikely that China’s consumption would recover in the second half.

The lower growth rate of resident income is the other main cause of the depressed consumption situation.

The problem of low income of small and micro enterprises and individual businesses should be taken seriously.

With regard to the propensity to save, the new yuan deposits for households saw positive growth in the first five months of 2021, an increase of 630 billion yuan over the same period of 2019, demonstrating a relatively high propensity to save. At the same time, residents’ willingness to consume has constantly declined. Before the pandemic outbreak, urban residents’ propensity to consume had decreased from 0.7 in 2010 to around 0.66 on average. During the pandemic period in 2020, the consumption willingness dropped even less than 0.62. This figure has returned to around 0.65 in the first half of 2021, but its downtrend trend is likely to continue.

Slow recovery in the service industry and rural consumption

The service-oriented consumption recovery is “one year behind” that of commodity retail. From January to July in 2021, the total volume of retail sales saw a year-on-year growth of 8.86% compared to the same period of 2019, which is basically the same as the extrapolated growth rate of 2020. Meanwhile, the unadjusted cumulative catering consumption in the first seven months of 2021 increased by 2.1% year-on-year compared to the same period of 2020, recovering to the levels of 2019.

During the May Day holiday in 2021, there were 230 million tourist visits across China, which is higher than the figure before the pandemic. Due to the regional pandemic breakout in Guangdong, this figure dropped to 89.136 million during the Dragon Boat Festival holiday, which was 98.7% of the figure for the same festival before the pandemic. During the summer holiday, different places had imposed travel restrictions due to pandemic outbreaks in Nanjing, Zhangjiajie and Zhengzhou. In the second half of 2021, the tourism industry will continue to have a tough time.

The main reason for this is that the pandemic has a much greater impact on rural consumption than urban consumption. Despite the same apparent growth, rural areas are less resilient than urban areas and require more attention.

The new discretionary consumer goods have higher growth than the traditional categories, indicating that the direction of consumption upgrade is consistent with the direction of consumption growth. The growth in consumption expenditure on traditional items of life-quality improvements, including clothing and household appliances, is weak. Furniture, decoration and building materials have negative growth, while cosmetics and jewelry are enjoying good growth. The consumption expenditure on emerging types of life-quality improvements, such as sports and entertainment goods and communication equipment, has achieved high growth. To a certain extent, this shows that the consumption structure is shifting to consumption upgrade.

In automobile consumption, the strong growth of new-energy vehicles, in sharp contrast to the negative growth of traditional automobile sales, shows the powerful ability of new supply to create new demand.

The actual growth of online consumption is still much higher than that of offline consumption, and the upgrade in consumption patterns is continuing. In the first half, China’s online retail sales reached 6.11 trillion yuan, up 23.2% year-on-year, which is basically the same as the year-on-year growth of 23% of total retail sales of social consumer goods. This is mainly a result of the high base of online sales and the low base of offline sales last year. A direct comparison of online retail sales of goods and services in 2021 and 2019 shows a growth of 26.93%, while that of social consumer goods shows a growth of 8.55%. Comparing the average two-year growth rates of online sales (15.0%) and whole social consumer goods (4.4%), we can see online sales growth is 11.6 percentage points higher. Judging from the specific categories of online sales, health products, “new China-chic” products, livestreaming e-commerce, customer-to-manufacturer, real-time delivery and other new types of items have a higher growth rate.

In addition, due to the restrictions on travel induced by the pandemic, the growth rate of the consumption of petroleum products was only 0.83%, basically seeing no increase. Due to increased awareness of pandemic prevention and control and the use of masks that lead to a significant reduction in colds and other respiratory infectious diseases, the growth rate of drug consumption was -5.14%.

In general, we can see that on the one hand, the pandemic has had, and continues to have, a serious impact on consumption in the service industry and rural areas, and greater policy support is needed to speed up the recovery of the service industry, increase the income of rural residents and quicken the recovery of consumer demand. On the other hand, the shift in consumption from traditional items such as clothing and furniture to new items like new-energy vehicles, “China-chic” goods and health products is still ongoing. Online consumption is growing much faster than offline consumption, and there is a broad space for the growth of new consumer demand.

The first half data suggest that the high growth of the manufacturing industry was mainly driven by super-strong exports, but the export growth rate is declining in the second half of the year. Due to the decline in external, there is an urgent need to take necessary measures to boost consumption.

The key to boosting domestic consumption is to increase residents’ disposable income, something that is closely related to employment stability. In particular, importance should be attached to support micro-, small and midsize enterprises and individual businesses. This will reduce the problems of monopoly and unfair competition, thus ensuring that weak market entities do not withdraw from the market and that the target of creating more than 10 million new jobs every year will be achieved.

In the initial distribution, the five major elements of labor, capital, land, technology and management all create wealth and should be reasonably rewarded. However, in recent years, financial departments and land departments have received unreasonable excess factor rewards. It is necessary to further deepen the reform of the market-oriented allocation of factors and reduce the excess rewards obtained by these departments through administrative monopoly and man-made scarcity, so as to increase the income of workers, managers and technicians.

To increase the property income of low-and middle-income groups, multiple measures are required, such as speeding up the construction of transfer and transaction systems of rural land and homestead after confirming their rights, thus allowing farmers’ assets to be transformed into substantial property income. Considering the expansion of investors in the capital market, the prosperous capital market can also facilitate the improvement of residents’ income and the expansion of the middle-income group.

Considering that the recovery of consumption in rural areas is actually slower than that in cities and towns and that there is a great potential for the improvement of marginal propensity to consume in rural areas, we need to focus on increasing the income of rural residents and promote rural consumption as soon as possible.

To enhance residents’ willingness to consume, we should also value the restraining effect of high interest rates on consumption propensity.

At present, China’s main consumers are 900 million low-and middle-income citizens and 400 million middle-income citizens, whose income mainly consists of wages. China has a relatively small population of rich and aging people, and the situation is completely different from Japan after 1993 when the protection of depositors’ income was advocated to stabilize consumption, which is not in line with the actual situation of Chinese household income structure. Only by lowering interest rates as soon as possible and reducing the propensity to save can we improve the marginal propensity to consume and increase residents’ willingness to consume.