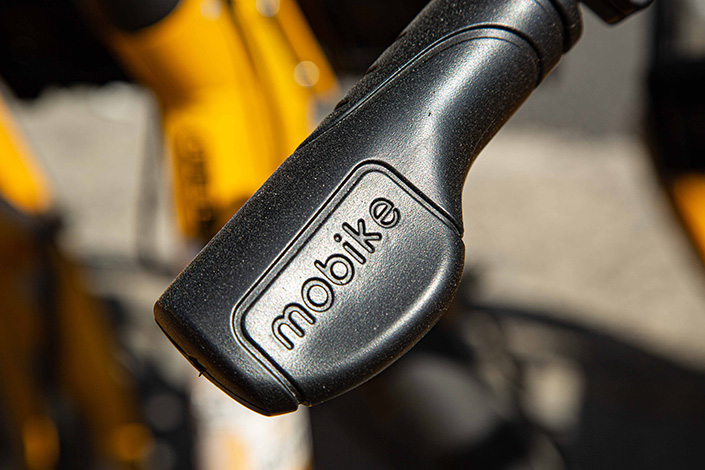 Caixin Global’s Top Stories of the Month newsletter brings you the most popular news coverage over the past month. If you would like to receive this free newsletter delivered into your email inbox monthly, please vote “yes” here.

The regulatory storm focusing on Chinese tech giants continues in August. Minors can play mobile games no more than 3 hours a week. Meituan faces a new revision of its 2018 Mobike acquisition. The tutoring industry is fighting for survival by diversifying away from subject tutoring. Caixin Insight compiled a timeline on the major regulatory moves on tech companies since 2020. And an editorial calls for a healthy government-business relationship that is cordial, clean and conducive to a law-based market economy.

In addition to being in the regulators’ crosshairs, Alibaba found itself in a public relations crisis after an employee was accused of sexually assaulting a female colleague. The company said it would fire the accused. The incident also highlighted the need for anti-sexual harassment policy in workplaces in China.

The long-waited 2020 financial report of bad asset manager Huarong finally came – a whopping deficit of $15.9 billion. A rescue plan is underway, which would require capital injection as much as 100 billion yuan from investors and assets sales. Read Caixin’s cover story on the Herculean task of saving Huarong.

After the Taliban took over Kabul and overthrew Afghanistan's civilian government, China faces the urgent task of how to engage
with its neighbor’s new ruler. There are also more communications with the U.S. on Afghanistan.

At a 24-hour coffee shop in Beijing’s Haidian district, private tutor Ming Tian was explaining a math question to students. A few blocks away in a 20-story building at the E-wing Center housing scores of after-school tutoring facilities, classrooms and offices were empty.

Huang Zhengxin, father of a daughter in middle school and a son in elementary school, was anxiously looking for alternative summer tutoring channels for his children. Meanwhile, Sun Ke, a veteran employee of an online education company, just lost his job.

In a five-year plan unveiled Wednesday, Chinese regulators beefed up anti-monopoly measures. The following is a timeline compiled by Caixin Insight about how regulations for monopolies, worker benefits and industries have changed since 2020, moves that will shape China’s tech sector for years to come.

Shanghai education authorities have canceled final exams in English and prohibited primary schools from carrying out midterm exams, marking the latest of a range of new measures sweeping China designed to reduce the academic burden on young students.

Primary schoolers should be only given finals for Chinese and mathematics, while other subjects will be evaluated without giving specific test scores, according to a notice released by the city’s education commission last week. The document also said that first graders should not be given any written tests and that primary schools should not conduct district-wide unified examinations.

Although police have not released the results of the investigation into the case in which an Alibaba employee stands accused of sexually assaulting a woman he worked with, Alibaba Group Holding Ltd. itself has dealt with the scandal internally.

Early Monday, Alibaba Chairman and CEO Daniel Zhang released the results of an interim internal investigation and announced changes the company will make in the wake of the case. The male employee accused of sexual assault was be dismissed and will never be employed by Alibaba again; Li Yonghe, president of intracity retail at the company, and Xu Kun, a manger in the company’s human resources department, have resigned. Judy Tong Wenhong, Alibaba’s chief people officer, was handed a demerit as punishment. This decision comes 13 days after the victim of the sexual assault called the police, and one and a half days after the scandal drew public attention.

Alibaba Group Holding Ltd. said on Monday it would fire an employee accused of sexually assaulting his female colleague, after her detailed account of the attack and the firm’s failure to act went viral online.

Following an internal investigation, Chief Executive Daniel Zhang said the company will “expedite the formation of an anti-sexual harassment policy” in a memo to staff. He said two executives at the e-commerce giant have resigned after failing to take appropriate action.

As U.S. Leaves, China Prepares to Engage With a Taliban-Ruled Afghanistan

Madam Fu Ying was one of China’s most famous diplomats, serving as ambassador to the U.K., Australia and the Philippines. This year, she published a new book on dressing for special occasions, especially those in the diplomatic sphere. Titled “My Etiquette Journey,” the book offers a rare glimpse into the Chinese diplomatic world. In the book, Fu uses her unique stories to illustrate what she sees as the core of etiquette: acting respectfully, expressing yourself gracefully and facing the world with calm. The following are excerpts from the book.

*Tell us whether you would like to receive this free newsletter by email here.