By Niu Mujiangqu and Kelsey Cheng 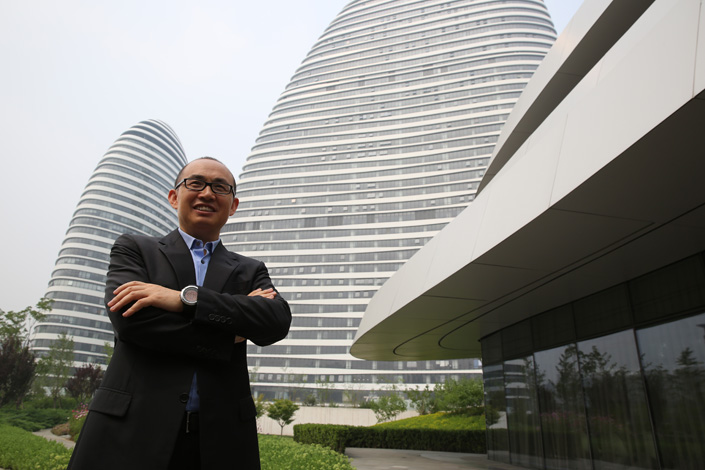 The failed buyout has fueled uncertainty about the prominent office and retail developer’s future as the company, whose billionaire founding couple Pan Shiyi and Zhang Xin emerged after months out of the public eye with an appearance Saturday among spectators at the U.S. Open in New York.

The day before, after markets closed, Soho China said in a filing to the Hong Kong Stock Exchange that “progress in satisfying the preconditions of the offer was insufficient,” and that the companies will not ask for an extension for the deadline to complete the deal.

In June, Blackstone offered to buy 4.73 billion shares for HK$5 (64 U.S. cents) each, or 54.93% of the company, which was a premium of nearly 32% over Soho’s last traded price at the time. The deal was subject to regulatory approval, and the State Administration of Market Regulation said last month it had accepted it for review.

The takeover would have seen Pan and Zhang step down from the board of directors and reduce their stake to 9% from the current 63.93%, according to a filing.

Prior to his appearance Saturday at the tennis tournament’s final, Pan was reportedly last seen in public in China in January 2020, when he attended a ceremony celebrating the completion of a kindergarten he had donated to his hometown in Tianshui, Northwest China’s Gansu province. He also made an online appearance at Soho China’s ESG report media briefing in late April this year.

Blackstone said it has been an active investor in Chinese properties in the past decade, and currently owns approximately 6 million square meters of real estate in the country.

Soho China, founded in 1995 by the power couple and listed in Hong Kong in 2007, had planned to shift to overseas investment in 2019 and was considering selling most of its commercial property on the mainland.

In 2012, Soho China changed its business model from “develop-and-sell” to “develop-and-hold” in an effort to replace property sales with a more stable income stream of rents.

The developer had more than 33 billion yuan ($5 billion) in total debt as of the end of June, according to its 2021 interim report released last month. Net profit jumped 67% to 343 million yuan while average occupancy rate of its properties recovered to 90%, thanks to post-pandemic economic recovery.

The company said in June that it held and operated 1.3 million square meters of commercial properties in China, including Beijing’s Wangjing Soho, designed by late Iraqi-British architect Zaha Hadid, and the Bund SOHO in Shanghai. Altogether it has nine major investment properties in the two cities as of end-June.