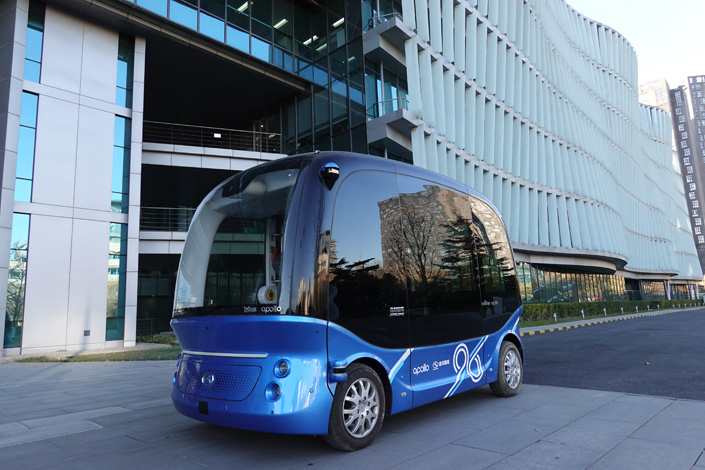 China’s top audio and podcast app operator Ximalaya Inc. filed for an IPO in Hong Kong Monday, after earlier this year trashed plans to go public in the U.S. amid a Chinese crackdown on overseas listings.

In the first half of 2021, Ximalaya, backed by tech giants including Tencent, Xiaomi and Baidu, lost 324 million yuan ($50 million), an increase of 16 million on the previous period, even as revenue grew 56% to 2.5 billion yuan. Ximalaya had about 262 million monthly active users at the end of June, according to the filing.

Two China-listed companies have seen their market values soar after announcing plans to work on a “metaverse,” a virtual shared space based on technologies like virtual reality and artificial intelligence, even though they have not provided details of how they are going to turn the concept into a reality.

The surge has caught the attention of regulators, with the Shenzhen Stock Exchange telling one firm to substantiate its claims and asking if it played a part in boosting its stocks at a time when its controlling shareholder was selling its shares.

Lenovo to pour billions into AI

China’s top PC-maker Lenovo Group Ltd. plans to grow its R&D spending to $8.7 billion over the next three years from the current $1.45 billion to boost a plan to develop its AI-based systems as the giant aims to lessen dependence on hardware sales, CEO Yang Yuanqing told Nikkei Asia.

Most of the money is earmarked for the development of machine-learning technologies such as the in-house Lenovo AI platform — currently used for the firm’s own manufacturing and sales — which it has been trying to commercialize. Lenovo says the platform will add efficiency to supply chains by analyzing data from transactions with clients and suppliers.

On-demand services giant Meituan has revealed new details about how its algorithms set delivery times for its vast legion of takeout drivers, amid criticism that unrealistic targets force them into risky behavior.

It comes after government rules released July 26 urged takeout platforms to treat their workers better. On Friday Meituan posted an article on its official WeChat account saying the schedules use the longest estimate of four, which are calculated in different ways.

Agile Robots, a three-year-old robotics startup split between China and Germany, said last week that it has raised $220 million in a series C funding round, which gave it a valuation of more than $1 billion.

The company, which provides both software and hardware — including a five-fingered robot that it says can perform tasks like assembling smartphones or providing medical treatment, will use the money to develop more products, start mass production and expand to other countries.

Baidu has launched its Apollo Go robotaxi pilot program in Shanghai, it said Monday, expanding coverage to five Chinese cities. The Shanghai service operates on predetermined routes that take its self-driving cabs — equipped with a “safety driver” — past residential communities, business districts and office buildings, with 150 designated stops. Rides, which are currently free, are bookable on Baidu’s Luobo Kuaipao app between 9:30 a.m. and 11 p.m. every day.

Baidu says it hopes to bring its robotaxis — part of the legacy search giant’s efforts to diversify from its reliance on advertising revenue — to 30 Chinese cities over the next three years. It is currently offered in some parts of Beijing, Guangzhou, Changsha and Cangzhou.

TikTok retained its position as the world’s most downloaded non-game app in August with more than 66 million installs globally, representing a year-on-year increase of 6%, according to SensorTower. China, where the ByteDance-owned app goes by the name Douyin, accounted for 15% of the new downloads, becoming the app’s biggest download contributor for the month, following by the U.S. with 10%.

Huawei on Monday unveiled its first laser printer in a retro turn for the troubled company. Powered by its proprietary Harmony operating system, the firm says the new PixLab X1 can pair with smartphones, laptops and tablets running on the same operating system when place close by.

The printer will go on sale in November at a retail price of 1,899 yuan. As of Sept. 12, the company said that the number of users using the Harmony OS hit the 100 million mark.