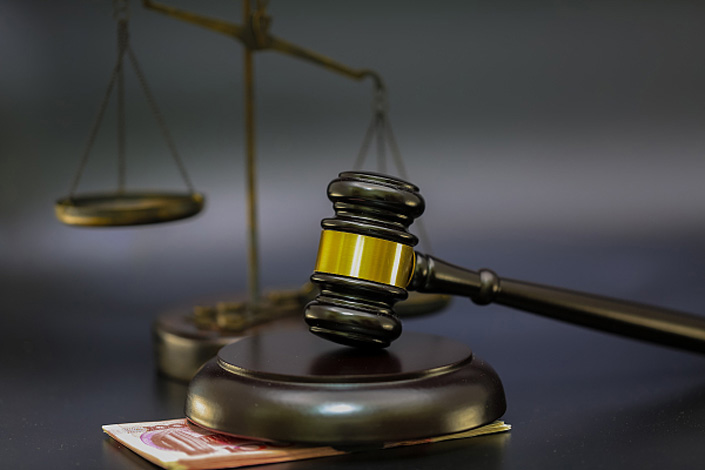 A major reason for the increasing number of corruption cases in China is that party cadres are targeted by those offering bribes by any and all means. Photo: VCG

The apparent shift in focus by Chinese authorities to probing and punishing those people offering and paying bribes and not just those accepting them will benefit social justice as the government seeks to weed out those that seek to entrap party members amid a dramatic number of corruption cases, according to legal experts.

A major reason for the increasing number of corruption cases in China is that party cadres (link in Chinese) are targeted by those offering bribes by any and all means, according to the guidelines published on Sept. 8 by the country’s top graft watchdog and other party and government agencies, who now plan to blacklist offenders.

“If we don’t probe people offering bribes, we can never beat bribery. We must insist on investigating bribe-paying and bribe-taking as a whole,” according to the transcript of an interview (link in Chinese) published last week with supervisory officials from the Central Commission for Discipline Inspection (CCDI) and the National Supervisory Commission.

The interview was with the China Discipline Inspection and Supervision Paper, a newspaper affiliated with the CCDI.

Wang Lin, a researcher at Zhengbang, said in a report by the Beijing-based think tank that as there are practical issues such as difficulties in obtaining evidence (link in Chinese), investigators struggle to dig into bribery cases without turning to those who offer the bribes, thus they tend to give them lighter punishment or grant them immunity to get their cooperation.

The move to widen the bribery net comes after four million government and party officials across China have been punished or investigated for graft since the launch of President Xi Jinping’s nationwide anti-corruption dragnet in 2012, Caixin has previously reported.

“If we do not intensify the crackdown on bribery, it is tantamount to conniving with them to continue to bribe others,” Qin Qianhong, a law professor at Wuhan University, said during an interview (link in Chinese) with Communist Party-owned newspaper The Beijing News. Those offering bribes who are not punished or only lightly sanctioned will “entrap more officials, which is detrimental to social fairness and justice.”

It’s not the first time China has vowed to single out and punish those offering bribes. In 1999, the Supreme People’s Court and the Supreme People’s Procuratorate (SPP) jointly issued a notice requiring local authorities to “seriously” punish criminals (link in Chinese) in major cases who paid bribes to officials, according to a 2019 statement by the CCDI.

In 2002, prosecutors in a district of Ningbo in East China’s Zhejiang province launched a pilot campaign to blacklist bribers. Ten years later the SPP established a national record of bribers, before the top procuratorial authority ceased the practice in 2018, Caixin has learned.

Wang said the power of the procuratorial authorities was limited in regard to meting out punishments.

The new guidelines are worth noting as they incorporate more agencies including the United Front Work Department (UFWD) — which directly reports to the Communist Party of China (CPC) and focuses its work on non-party members including those in the overseas Chinese community — and CPC’s Organization Department, He Jiahong, a law professor at Beijing’s Renmin University, told Caixin.

The UFWD can participate more in investigating and punishing those involved in bribery cases related to businesses and overseas Chinese, while the Organization Department can work more on bribery involving officials, He said.

He noted the authorities’ joint efforts aim to improve the “comprehensive efficiency” of combating the illegal practice.

According to the guidelines, the CCDI will work with other agencies to establish a joint disciplinary mechanism for bribers, without elaborating on the details. Authorities are also considering punishments including restrictions on bidding for market entry for businesses involving bribery and a blacklist of those who have offered bribes.

Launching joint probes into those who offer and take bribes can effectively break the illegal relationship between businesses and officials, the guidelines said.

The guidelines require authorities who investigate bribery cases to “fully” protect the legitimate privacy and property rights of individuals and companies involved, as well as their legitimate business operations.

Authorities are also banned from abusing measures such as imposing travel restrictions, detention as well as freezing assets in a bid to minimize the investigation’s impact on normal business operations of connected companies.

Currently, investigating and dealing with cases on trading between businesses and people in power can lead to company shutdowns, which does harm to economic development, said Wuhan University’s Qin.

The guidelines will promote healthier interactions between businessmen and officials while making business rivalry fairer and more just, He said.