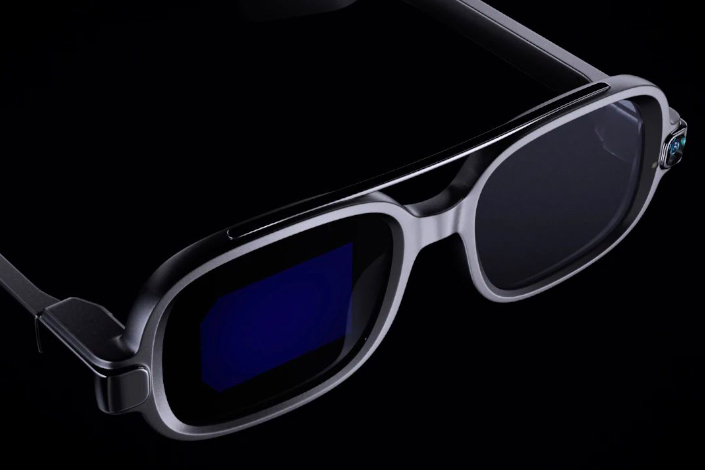 Alibaba has led a $300 million funding round for Shenzhen’s robotaxi service provider DeepRoute.ai, reflecting the Chinese e-commerce giant’s interest in a technology which looks set to make parcel delivery cheaper.

In a Tuesday statement, DeepRoute.ai, which aside from taxis is seeking to develop midsized self-driving delivery trucks, said it wants to spend the money on research and development, to expand its fleet and grow ties with automakers. Other investors include Jeneration Capital, Fosun RZ Capital, Yunqi Partners and Glory Ventures.

Xiaomi Corp. teased new “smart glasses” as it seeks to add to a product range that includes smartphones, computers and web-enabled home appliances.

The glasses will be able to take photos, display messages and notifications, make calls, and help a wearer navigate and translate text, Xiaomi said in a Tuesday WeChat post. The firm, which added making electric cars as one of its major businesses this year, did not say how much the glasses will cost or when they might hit the market.

It comes as more Chinese companies seek to replicate or replace foreign-built systems in line with the broader goal of technological self-sufficiency.

But the Kuanghong platform, based on Huawei’s Harmony OS, adds new features, according to the firm. That includes a unified data protocol, which enables all underground mining equipment to use a single interface to transmit and gather data for analysis. The system is compatible with nearly 400 types of equipment used in coal mines.

Shanghai-based self-driving startup Juzhen Data Tech said this week that it has agreed to buy 1,190 lidar sensors from California-based tech firm Ouster Inc. through 2025. Juzhen will install the lidars in its new electric vehicles to help them drive themselves on China’s roads, according to a joint statement.

Automotive lidar uses spinning lasers to scan the environment around a car. It bounces laser pulses off surrounding objects and measures how long reflected light takes to return in order to gauge distances and shapes.

Keenon Robotics Co. Ltd., a Shanghai-based company which develops service robots for industries including real estate, healthcare and hospitality, said on Wednesday that it has raised $200 million in a series D funding round led by SoftBank Vision Fund 2.

The proceeds will be spent on research and development, and to scale its platform into new markets, Keenon founder Tony Li said in a statement. The 11-year-old company says it operates in the U.S., Europe, South Korea and Singapore.

Meanwhile PuduTech, which is in a similar line of work, said this week that it has raised 1 billion yuan ($155 million) in a series C funding round, including two tranches, with participation from a group of investors including food delivery giant Meituan, Sequoia Capital China and Shenzhen Investment Holdings. Founded in 2016, the Shenzhen-based startup sells its products to hospitals, hotels, restaurants and office buildings for things like deliveries, disinfection and cleaning.

Honor, which started life as Huawei’s low-end phone brand but sloughed itself off last year as sanctions crippled the parent firm, has signed an agreement with Microsoft. The deal will allow it to adopt smart speech and translation services based on the U.S. tech giant’s Azure cloud computing platform. They will support Honor’s smart voice assistant Yoyo, and for other applications.

As part of the deal which was announced on Thursday, the Honor MagicBook V 14 laptop will come preinstalled with the Windows 11, becoming the world’s first batch of computers to run on the operating system. The laptop is set to be unveiled on Sept. 26.