Q&A: How One Foreign-Invested Firm Is Doing in China 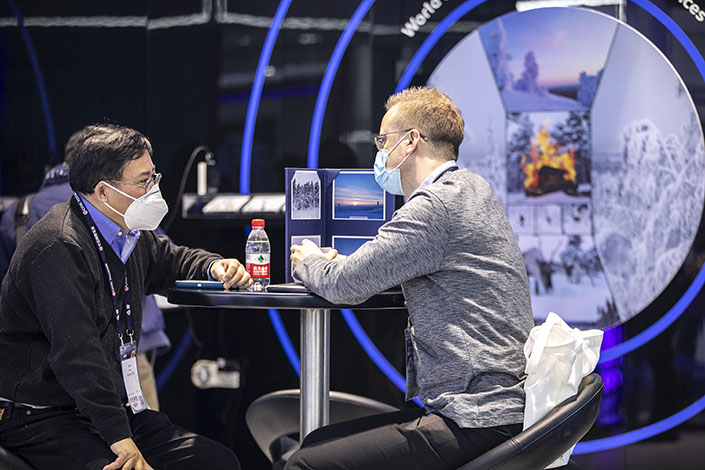 Editor’s note: The following Q&A with an electronic original equipment manufacturer (OEM) in Southern China is part of a survey conducted by the Yuekai Securities Research Institute. The project’s purpose is to uncover challenges facing China’s foreign trade and foreign-invested companies. The survey, although being anonymous upon the company’s request, provides a glimpse into their plight.

What challenges are you currently facing as an exporter?

Export orders: Orders have mainly been restored this year, with revenue on par with last year’s.

Investment: The trade friction between China and the United States has significantly impacted our customers over the past two years, resulting in significant direct damage. Given the trend of de-China-ization and potential industrial transfer in the future, our company’s intentions to increase capital and expand production in China have been held back by the global business environment. The company has become very cautious in terms of investment, which is in line with our U.S. headquarters’ conservative investing strategy.

Raw materials: The shortage of raw materials has severely disrupted our order fulfillment, resulting in a 10% loss in the most recent quarter. Because of insufficient supply, orders have been prorated. Furthermore, as the company has weak bargaining power over upstream suppliers, it is hard to stabilize raw material prices.

International logistics: The company’s warehouses have been overstocked as we could not get containers or space on vessels. The maritime transport industry is currently monopolized by a few giant corporations. Therefore, although fully marketized, the industry faces an insufficient level of competition. Some international freight forwarding companies took advantage of the tight capacity to drive up freight rates. Air freight prices have surged, similar to what happened at the beginning of the pandemic last year. Later, the Chinese government implemented measures to ensure stability on six key fronts and maintain security in six key areas, which played a crucial role in stabilizing air freight capacity and rates.

Are the company’s export destinations the same?

The ratio of export sales over domestic sales in the company was 92:8 two years ago, and that number dropped to 85:15 last year. There was a significant increase in the percentage of domestic sales, which is primarily due to orders from Tesla’s Shanghai factory.

Our export destinations include Europe, America and Asia. Before the trade friction in 2018, North America accounted for 40%, followed by Asia at one-third and Europe at 25% in terms of export sales. However, North America’s market share dropped to one-third in 2020, while we saw a slight increase in Europe. This trend is a reflection of the ongoing industrial transfer to avoid tariffs in the context of Sino-U.S. trade frictions.

Has the company’s processing trade transferred to emerging markets such as Vietnam?

CIF or CIP prices are quoted for most OEM business which bears no cost of the tariff, which is the reason why OEMs are staying in China. On the other hand, other production areas may be affected by tariffs and are forced to move factories to countries such as Vietnam, Malaysia, and Mexico.

However, the industrial relocation also means additional cost and time — for example —the added factory production certification and product certification procedures. Large multinational corporations need to comprehensively assess the transfer cost of the supply chain and the replacement cost of factories.

Read more
Weekend Long Read: The Headaches Plaguing China’s Exporters and How They Are Hurting Trade

How does the company view the impact of industrial relocation on Chinese exporters?

There is a conflict between the long-term goals and the short-term substitutes.

In the long run, foreign companies will shift their production out of China for security reasons due to the irreversible Sino-U.S. trade friction. However, in the short term, as production environments differ among countries because of different Covid-19 prevention measures, demand-driven export orders are returning to China. Foreign companies have no choice but to rely on China as their production base.

Our company’s factories in other countries such as Vietnam and Malaysia remain shut down while manufacturing operations in the United States were also temporarily interrupted. In contrast, China has done a better job in resuming work, and as a natural effect, orders are flowing back to China. Over the past two years, labor costs in China have surged to the second-highest in Asia, second only to Singapore. While Vietnam is learning and catching up in infrastructure and workforce skills, China still has an edge in terms of its educated labor force.

In the context of anti-globalization, ironically, China has enjoyed higher benefits of globalization, and its share of global exports has soared to a new high of nearly 15%.

What about the security of the company’s upstream supply chain?

The security of the supply chain has been hit with a double-whammy of industrial relocation and Covid-19. From a global point of view, China’s biggest advantage and competitive positioning lie in is its complete industrial chain and infrastructure framework. Therefore, our companies have concerns about industrial relocation, both in practice and from a cost perspective.

U.S. sanctions on critical technology have posed a threat to the supply chain, which, however, tend to have a minor impact on Chinese OEM business as their core parts and components could be obtained through their clients’ supply chain.

What’s your outlook for exporting industries

Foreign trade is expected to drop in the second half of this year, mainly because of the decline in demand. The decline in demand will first hit small and midsize enterprises, lowering the number of orders and then decreasing employment. The high export growth in the first half of this year reflects a recovery from the Covid-19 pandemic — from destocking to restocking. As long as Southeast Asian countries ease their restrictions in the second half of the year, export orders that have previously returned to China may slip away. However, once those economies open up, the supply of raw materials will be more secure, and the manufacturing side of the foreign trade industries will be guaranteed.

The pressure on the supply chain in logistics will continue, impacting small businesses and foreign trade companies. Port labor shortage and temporary shutdowns have short-term constraining effects on shipping and logistics. However, the intensifying container shortage has kept pushing freight rates to new highs.

This survey was conducted by the Yuekai Securities Research Institute.