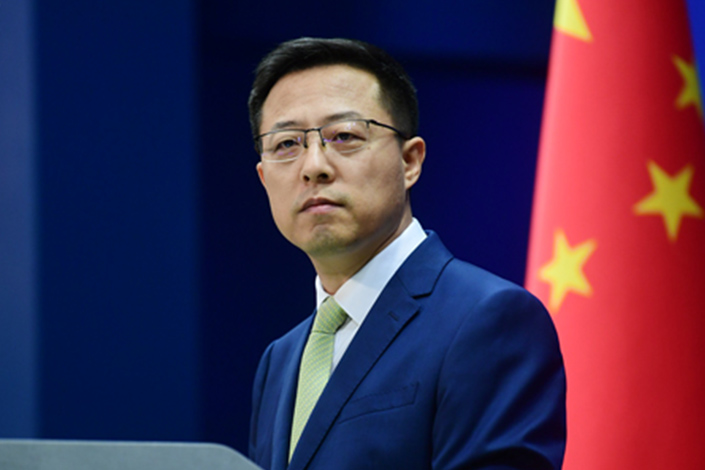 China has rejected claims that its application to join the Comprehensive and Progressive Agreement for Trans-Pacific Partnership (CPTPP) is connected to a newly-formed AUKUS security partnership among the U.S., the U.K. and Australia.

“I want to emphasize that China is a staunch advocate for trade liberalization and facilitation, and an important participant in cooperation and economic integration in the Asia-Pacific,” Chinese Foreign Affairs Ministry Spokesperson Zhao Lijian said at a Friday press conference, saying the move had “no connection with” the AUKUS pact.

“You just tried to build a connection between the two issues,” Zhao said in response to questions. “People can tell that what China works for is economic cooperation and regional integration. What the U.S. and Australia push for is wars and destruction,” he said.

The remarks came one day after Chinese Commerce Minister Wang Wentao handed an official letter to the trade minister of New Zealand requesting to join the multilateral trans-Pacific trade pact. Many observers believe China was attempting to counter the potential influence of AUKUS, which was launched Thursday. The pact will allow Australia to obtain nuclear-powered submarines for the first time using American technology.

As depository for the CPTPP, New Zealand has shared China’s request with other members, a spokesperson for New Zealand’ Ministry of Foreign Affairs and Trade said Thursday. All 11 CPTPP parties together, including Japan which is chairing the commission this year, will determine how to proceed, the spokesperson said.

In response to a reporter’s question about whether China would discuss its bid to join the CPTPP with Australia, Zhao said “China will follow relevant procedures of the CPTPP to have necessary consultations with the members.”

Australia’s trade minister Dan Tehan told the Australian Financial Review in an interview that the country will demand China to end its trade restrictions to Australian goods and reopen trade talks. That will be a prerequisite for Australia to enter negotiations with China on the CPTPP, the minister said.