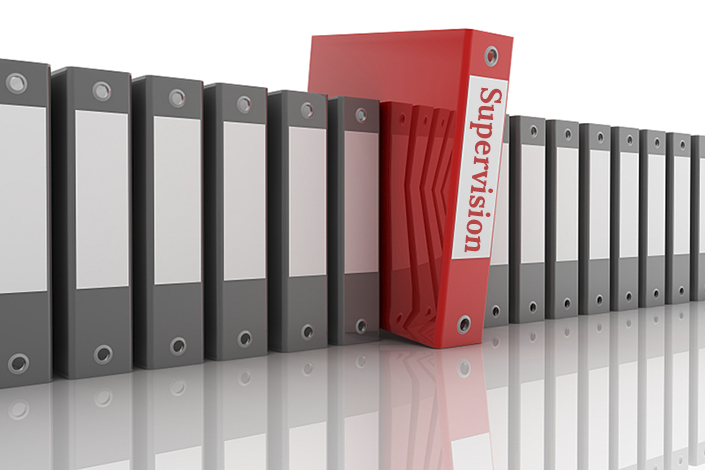 The 101 crimes are not only a list of responsibilities for supervisors who probe duty-related illegal practices but also the bottom-line requirements for officials and employees to carry out their duties.

China’s top graft watchdog has issued its first set of implementation rules for the country’s Supervision Law, listing 101 duty-related crimes that supervisory authorities should investigate, including corruption, bribery and abuse of power.

The National Supervisory Commission (NSC) published the regulations (link in Chinese) Monday, aiming to impose “strict supervision” on regulators and to encourage them to better carry out their supervisory duties, according to a statement on its website. The regulations were activated with immediate effect.

The move comes as China is ramping up its anti-corruption campaign with an apparent shift to target people offering bribes, and comes months after the NSC published the draft regulations (link in Chinese) to seek public opinion.

The regulations, which consist of 287 articles in nine chapters, stipulate the duties, jurisdiction, power and working procedure of supervisors, the statement said. They also include requirements on international cooperation against corruption as well as supervision of anti-graft officials.

Supervisory authorities are required to investigate officials as well as employees of state-owned enterprises and public institutions who are suspected of committing crimes such as dereliction of duty (link in Chinese) in environmental supervision and infectious disease prevention and control, according to the regulations.

The authorities are also asked to investigate people accused of committing offenses that lead to major incidents during the use of their power. The offenses include major safety incidents in educational facilities and some incidents related to railway and flight operations, as well as large-scale social activities.

The 101 crimes are not only a list of responsibilities for supervisors who probe duty-related illegal practices but also the bottom-line requirements for officials and employees to carry out their duties, the statement said.

The regulations, created in line with the Supervision Law that became effective in 2018, are part of the country’s efforts to deepen reform of the anti-graft system, the statement said. In late August, the Standing Committee of the National People’s Congress, China’s top legislature, passed a new law on supervisors (link in Chinese) with similar ambitions.

China kicked off a nationwide campaign to reform its anti-graft system in late 2017, followed by establishment of the NSC in March 2018 and the merger of the NSC and the Central Commission for Discipline Inspection (CCDI) shortly afterwards.

Ma Huaide, president of the China University of Political Science and Law, said at a previous event (link in Chinese) that such reform would help solve the problem of anti-corruption power being excessively decentralized, forming an efficient anti-graft system and realizing the unity of party and government supervision.

Although the NSC and CCDI are both corruption watchdogs, the CCDI is the Communist Party’s internal discipline inspector while the NSC is a government agency that focuses on supervision. The purpose of their merger was to place measures such as supervision, investigation and disposal under legal procedures, Ma said.