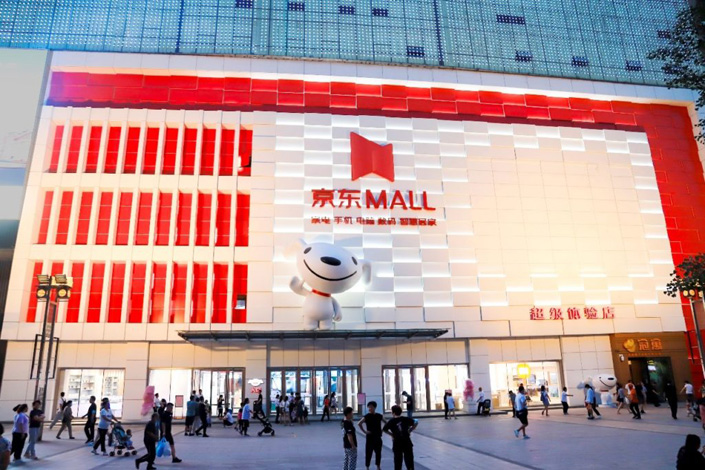 The heavy-duty Xingtu truck features a sensor system made up of 10 cameras, 5 millimeter-wave radars and three infrared detectors enabling the vehicle to detect objects within a radius of 1 kilometer, Baidu said. The truck is expected to achieve Level 4 self-driving capabilities between 2024 and 2026.

U.S. engineering standards group SAE International classifies autonomous driving from Level 0 to Level 5, with Level 4 deemed advanced automated driving technology that allows a car to drive itself almost independently of human intervention in some conditions. Level 3 refers to features that enable a car to drive itself only under certain circumstances and requires the driver to be ready to take control in case of an emergency.

Douyin, the Chinese version of international short-video sensation TikTok, said on Saturday that it has launched a “youth mode” designed for users under the age of 14, limiting their access to the platform to no more than 40 minutes a day, and only between 6 a.m. and 10 p.m.

Users browsing the app in “youth mode” will be offered tailored content such as videos related to scientific experiments, virtual museum exhibitions and historical stories, according to Douyin, which now has more than 600 million daily active users in China.

The new policy is in line with the Chinese government’s ongoing campaign to curb internet addiction among minors, including limiting the time spent by underage gamers playing online games to no more than three hours a week.

JD.com to open physical mall in Xi’an this month

Chinese e-commerce giant JD.com said last week that it will open a five-story brick-and-mortar mall on Sept. 30 in the northwestern city of Xi’an, the latest move in its push into the physical retail sector. The mall will sell 200,000 items ranging from electronics and home appliances to health care products and auto accessories, with visitors being able to try out various tech including holographic projection, virtual reality equipment and intelligent robots.

Chinese electric vehicle startup Li Auto on Monday lowered its third-quarter delivery outlook to about 24,500 vehicles from a previous prediction of 25,000 to 26,000 units due to the coronavirus-induced chip storage that has affected the production of its millimeter-wave radars.

In the second quarter of this year, Li Auto delivered 17,575 units of its only model, the Li One SUV, representing a year-on-year increase of 166%, according to its earnings report.

Didi Chuxing on Monday denied a Reuters report that Jean Liu, its co-founder and president, was planning to resign, as the Chinese ride-hailing giant has come under government scrutiny since early July over data handling and alleged anti-competitive practices.

Reuters reported on Monday that Liu told close associates that she planned to step down, citing sources familiar with the matter. The sources also said that Liu has in recent weeks told some associates that she expected the government to eventually take control of Didi and appoint new management.

In a post (link in Chinese) published on social media platform Weibo, Didi said that the Reuters report included “inaccurate information,” and threatened “legal action against the malicious spreading of rumors.”

The Cyberspace Administration of China launched a cybersecurity investigation into Didi in early July, just days after its blockbuster $4.4 billion U.S. IPO.

This Caixin Tech Insider was compiled by Ding Yi (yiding@caixin.com) and edited by Joshua Dummer (joshuadummer@caixin.com). Send us your tips and feedback.