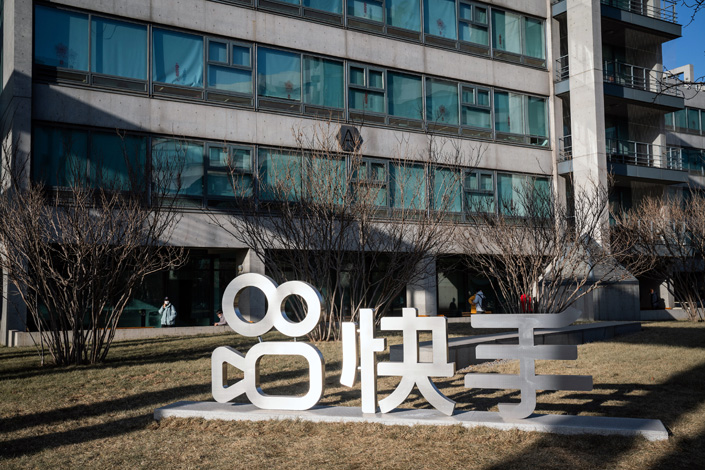 - Li Auto sold 9,433 of the Li One, the only car it sells, which was up about 10% month-on-month. The firm this week reported robust revenue growth and said it lost less money in the second quarter.

- Xpeng sold 826 fewer cars in August than July, delivering a total of 7,214. In August, the company said that it began to transition production for its G3 SUV to the G3i, an updated version of the car, at its Zhaoqing factory, which affected some planned deliveries of the G3 during the month.

Now Xiaomi is an electric car company, too

Xiaomi Corp. announced Wednesday it had set up Xiaomi EV Inc. with a registered capital of 10 billion yuan ($1.6 billion), formalizing the electronics giant’s long-foreshadowed push into the smart car industry. The firm’s charismatic founder and CEO Lei Jun will serve as legal representative.

Once, China’s tech companies all seemed to want to be microlenders. Now they want to make cars. Xiaomi joins Baidu, Huawei, Didi Chuxing and more in a sector once dominated by Tesla and a handful of local startups. State giants are also getting a piece of the action.

Xiaomi is sprawling into other areas too — including semiconductors.

ShadowBot, a Chinese developer of robotic process automation (RPA) systems, said this week it had pocketed $50 million in a series B funding round led by Coatue Management and joined by GL Ventures, GGV Capital, Redpoint China Ventures and GSR Ventures. It intends to spend the money to improve its research and product development.

TikTok rival Kuaishou Technology said on Tuesday that it has signed a new licensing deal with Warner Music Group Corp. that lets it use the U.S. record label’s music on its overseas digital entertainment platforms like Kwai and SnackVideo.

Tuesday was the deadline China’s top market regulator gave to Tencent Holdings Ltd. last month to relinquish all its exclusive music licensing agreements as part of an antitrust clampdown. Tencent said it had complied.

Aiways, a Shanghai-based electric vehicle startup registered as Aichi Automobile Co. Ltd., signed a deal with Chinese laser guidance system maker Hesai Technology Co. Ltd. to use the firm’s lidar sensors, which benefit from having no moving parts, in its smart-cars. The firms will work together on hardware and software.

Aiways said next year it wants to launch a car that can park itself.

Hesai is also supplying its lidar sensors to other self-driving car firms including Baidu Apollo and Kodiak Robotics.

Taiwan-based chipmaker MediaTek Inc. kept its smartphone semiconductor crown in the second quarter, with a global market share of 38%, up from 24% a year ago, according to Counterpoint Research.

MediaTek’s success was partly down to the popularity of its Dimensity 700 5G mobile chips, as well as its older model Helio P35 and G80 chips, the research firm said. It did not provide a breakdown of figures.

China’s State Administration of Market Regulation (SAMR) issued guidelines on how to certify products compatible with the BeiDou Navigation Satellite System, as China pushes for widespread takeup of its homegrown GPS alternative.

In case you missed it:

Meituan’s $2.7 billion deal to acquire bike-sharing startup Mobike in 2018 is under investigation by China’s market regulator.

Policymakers put the video game industry in the naughty corner this week with even stricter limits on youth gaming, dealing a heavy blow to the world’s largest mobile video-game market as Beijing continues to crackdown on tech giants.

The Caixin Tech Insider is compiled by Ding Yi (yiding@caixin.com) and edited by Flynn Murphy (flynnmurphy@caixin.com). Send us your tips and feedback.