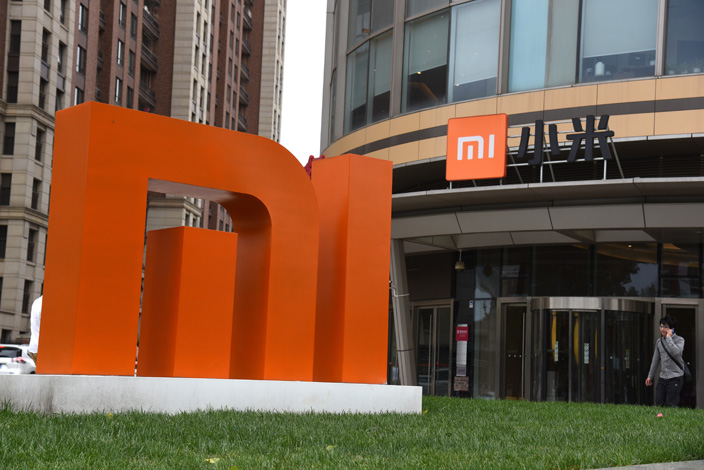 Xiaomi’s headquarters in Beijing in May 2019. Photo: VCG

In a statement published on its public WeChat account on Wednesday, Xiaomi said that it has set up Xiaomi EV Inc. with a registered capital of 10 billion yuan ($1.6 billion), with Lei serving as its legal representative.

The announcement further fuels the competition to win future Chinese electric-vehicle buyers after the recent entry of tech giants including Baidu, Huawei and Didi Chuxing into a sector once dominated by Tesla and a handful of local startups.

In March, Beijing-based Xiaomi revealed its electric car manufacturing ambitions with a plan to invest $10 billion in the sector over the next decade. It aimed to capitalize on a trend in which new-energy vehicles will gradually displace gasoline-powered ones amid government efforts to address chronic air pollution problems.

Xiaomi said in the Wednesday statement it has handpicked some 300 staff from more than 20,000 candidates to build the initial team at Xiaomi EV. It didn’t specify how many employees will be working at the new subsidiary’s technology-related and non-technology divisions.

It also said that its electric-vehicle team “conducted a vast number of studies on users and industry chains” and “visited more than 10 carmakers and scores of industry partners” in the last five months, while pushing ahead with defining its future products.

The new business registration follows two announcements Xiaomi made recently which could be indicative of the intelligent diving technology to be used in its future electric vehicles.

One involved the signing of a $77 million deal that allowed Xiaomi to acquire four-year-old driver assistance software developer DeepMotion to help it “shorten the time to market for our products” as the company looks to speed up its R&D of autonomous driving technology.

The other was the launch of a new recruiting program under which Xiaomi would hire 500 professionals specializing in the algorithms of millimeter-wave imaging processing, high-precision mapping, imitation learning and deep learning. The hires would help the company develop Level 4 autonomous driving technology, the second-highest level of autonomy, which allows a car to drive itself with no human intervention under most circumstances.

Xiaomi EV is yet to unveil plans for its first model.

“It is not surprising that Xiaomi is interested in the EV market, but if it wants to compete in the premium sector, it must match or beat Tesla for technology, and match or beat it on price — not easy with your first car,” Chris Jones, chief analyst at research firm Canalys, wrote in a recent research note.

In the first half of 2021, a total of 1.1 million fully electric and plug-in hybrid vehicles were sold in the Chinese mainland, accounting for about 42% of the global total, according to an estimate by Canalys.

Xiaomi’s push into the electric car sector comes at a time when Lei is spearheading the smartphone-maker’s drive to become a technology powerhouse capable of dipping a toe into everything from autonomous driving to semiconductors.