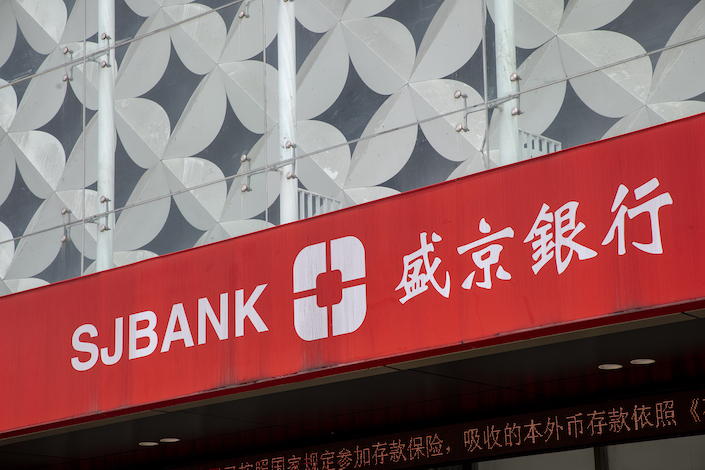 The bank’s situation shows how the widening Evergrande vortex threatens to suck in businesses across China, potentially affecting millions of people. China’s most-indebted real estate company, with more than $300 billion of liabilities, is teetering on the edge of insolvency and raising concerns worldwide about a broad swathe of financial contagion. Shengjing Bank is only one of hundreds of enterprises with a stake in the outcome.

The bank itself is in deep trouble. In the first half of 2021, net profit decreased 63.6% to 10.3 billion yuan. The China Banking and Insurance Regulatory Commission in May fined Shengjing’s four branches 5.52 million yuan for violating regulations and granting loans to unapproved real estate projects.

Shengjing has chaotic internal financing problems similar to those of the bankrupt conglomerate HNA Group Co. Ltd., a senior banker at another joint-stock bank said.

China’s banking regulator is examining the related-party transactions between Evergrande and the bank, Caixin reported in July. The Liaoning bureau of the (CBIRC) conducted an on-site investigation into Shengjing Bank, but no results were disclosed, Caixin learned. The Liaoning bureau reported problems to the CBIRC, according to a person at another joint-stock bank who was familiar with the matter.

Evergrande acquired 1 billion shares of Shengjing Bank from existing shareholders for 10 billion yuan in 2016, becoming the bank’s biggest shareholder with 17.28%. The price Evergrande paid also included taking over Shengjing’s 50 billion yuan of nonperforming assets. As part of the transaction, Shengjing transferred the bad assets from its balance sheet to Evergrande through various channels, two persons close to Shengjing told Caixin.

Evergrande actually paid 30 billion to 40 billion yuan for the assets, another senior banker in the industry said.

“Evergrande promised not to hold the executives in charge of these assets accountable in exchange for taking over these nonperforming assets, the banker said.

In 2019, Evergrande increased its holding in Shengjing to 36.4% through a private placement of 18 billion yuan of shares. Among the bank’s other shareholders, Hong Kong developer Chinese Estates Holdings’ Lau Luen Hung, Zhengbo’s Suen Cho Hung and Future Capital’s Lo Ki Yan are friends of Evergrande’s founder and Chairman Hui Ka Yan. The market has speculated that Evergrande holds the power to control more than 50% of Shengjing’s equity.

After the bankruptcy and government takeover of regional lender Baoshang Bank in 2019, many local governments were seeking to rescue debt-ridden urban commercial banks. As the Shenyang municipal government was tight on cash itself, it chose Evergrande to help mitigate the Shengjing crisis and agreed to give Evergrande some land and projects as compensation, a person close to the Shenyang government said.

After the second round of equity placement, several people associated with Evergrande joined Shengjing’s board. Qiu Huofa, current chairman of the bank, was a former vice president at Evergrande. Shengjing’s nonexecutive directors Zhu Jialin, Pan Darong and Ji Kun all came from the developer.

Evergrande said in June that its financial dealings with Shengjing were in accordance with national laws and regulations.

As of the end of 2020, Shengjing had total assets of 1.04 trillion yuan. In addition to its regulator lending business, the bank had 358 billion yuan of financial investment, including nearly 150 billion yuan of nonstandard asset management products managed by securities companies or trust plans. Market participants have speculated whether and how much of the funds might have flowed to Evergrande.

After Evergrande’s debt problems were exposed, Shengjing drew more attention from the market. The person at the joint-stock bank said his bank wouldn’t do any more business with Shengjing after existing business expires.