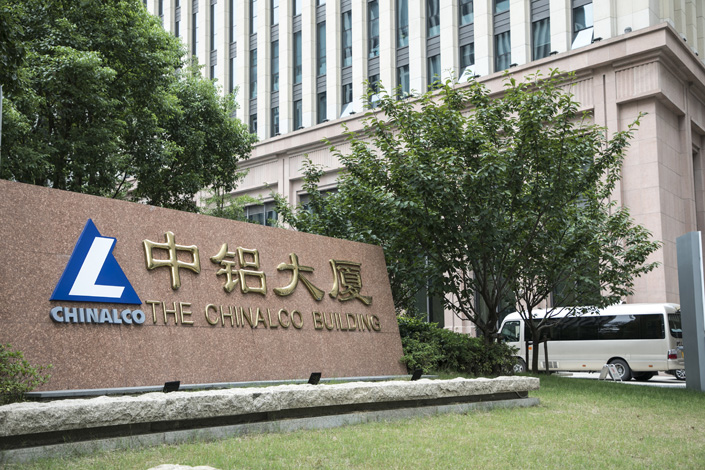 China Minmetals Corp. is planning a restructuring of its rare earths unit and that of aluminum producer Chinalco, which if approved could see them produce at least a quarter of the nation’s output of the heavy variety of the materials essential for producing electric vehicles (EVs), consumer electronics and military equipment.

China Minmetals Rare Earth Co. Ltd. (000831.SZ) said its parent company is planning the restructuring that will involve Chinalco Rare Earth & Metals Co. Ltd. and the city government of Ganzhou, according to a Friday exchange filing (link in Chinese).

No further details were given about the plan, with the company saying it still needed approval from the relevant authorities.

China Minmetals Rare Earth and Chinalco Rare Earth & Metals are two of the six biggest rare earths producers in China, which is the world’s largest supplier of the material — accounting for almost 60% of global production 2020 with 140,000 tons, according to data from the United States Geological Survey. The U.S. was a distant second with 38,000 tons.

A potential merger of the two companies would create China’s second-largest producer of heavy rare earths, with the two accounting for 23.6% of the total mining quota in the first half of this year, according to a notice (link in Chinese) released by the Ministry of Industry and Information Technology (MIIT) in February. In this category they would trail only China Southern Rare Earth Group, according to the data.

There are 17 known rare earth elements, divided into two categories — heavy and light — based on their atomic weights. They are not particularly scarce, but are considered “rare” because they tend not to be concentrated in easily accessible deposits.

East China’s Jiangxi province, where Ganzhou city is located, also holds 27% of the country’s heavy rare earths reserves, second only to Guangdong province in the country’s South, according to Sinolink Securities Co. Ltd.

The single largest use for rare earths is in the manufacturing of permanent magnets, accounting for 38% of total forecasted demand, according to Natural Resources Canada. These are an essential component of electronics used in cell phones, computers, automobiles and “green” products due to their luminescent and catalytic properties, it said.

Investors applauded the move, with shares of China Minmetals Rare Earth jumping 10% to close at 49.62 yuan ($7.70) on Friday, leading broad gains among other companies related to the rare earth industry.