By Ge Xinghang and Wang Xintong 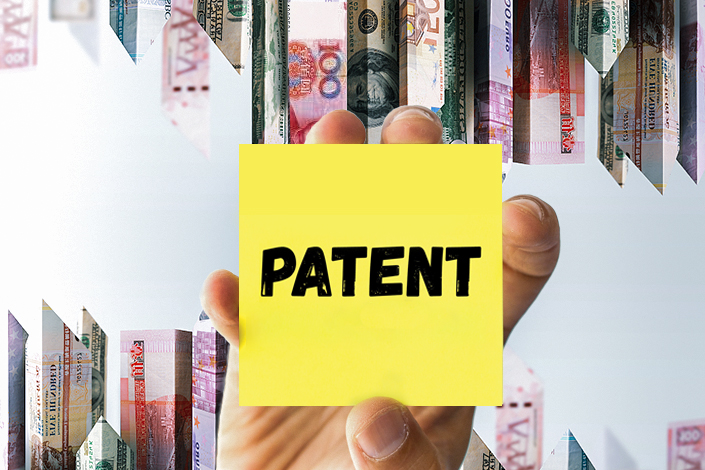 In recent years, as China has worked to stiffen its intellectual property system, many believe there will be a growing number of patent trolls in the country, an expert said.

Suing company after company over intellectual property wasn’t meant to land Li Xingwen behind bars. But it has.

Like other “non-practicing entities (NPEs)” — or “patent trolls” — who own patents but neither sell a product nor provide a service, Li has a long history of filing lawsuits against companies, demanding money for the supposed use of the intellectual property he owns.

Since 2009, Li has sued several domestic and multinational firms over some of the more than 500 patents he registered with the China National Intellectual Property Administration (CNIPA), including Tencent and Microsoft. The U.S. tech giant paid him a settlement worth over 2 million yuan ($309,669).

In 2017, Li filed three lawsuits against Beijing-based reading platform operator IReader Technology Co. Ltd. (603533.SH), just as it was filing for an IPO, forcing the listing to be delayed. Eventually, the company paid a total of 600,000 yuan and cleared its way for a Shanghai Stock Exchange listing.

In January 2018, he was detained by Shanghai police. In 2019, Li was sentenced to over four years in prison for extorting four companies, including IReader. Li then appealed and had a second trial last year. He’s still waiting for the verdict.

In recent years, as China has worked to stiffen its intellectual property system, many believe there will be a growing number of patent trolls in the country, said Wan Yong, a professor at Intellectual Property Academy of Renmin University in Beijing.

The practice of patent trolling has created headaches for tech companies around the world, especially small businesses that cannot afford lengthy lawsuits. They also have the potential to stymy innovation — which China has put high on agenda as it looks to shore up its self-sufficiency.

The U.S. has long had a problem with patent trolling. A 2014 study by consultancy PricewaterhouseCoopers found that the NPEs accounted for 67% of all patent lawsuits filed in the country, up from 28% five years earlier.

These are virtually always civil disputes and Li’s case is unusual — it’s not often that patent trolls end up in prison. In China’s system, where the difference between legitimate patent defense and illegal patent trolling is in part based on a judge’s perception of intent, the key to Li’s downfall may have been faking documents to let his brother in on the scam.

When the authorities judge whether or not a particular quarrel over IP is legitimate, they usually examine the plaintiff’s motivation and whether or not their behavior is reasonable, Yao Huanqing, an associate professor at Renmin University, told Caixin.

Shanghai’s Pudong New Area People’s Court, which convicted Li in the first trial uncovered some details about the dispute between Li and IReader.

In March 2017, IReader received a letter warning that its app, website and the method through which users logged on to its website were suspected of violating a patent owned by Shanghai Kedou Electronic Technology Co. Ltd. which Li owned, according to a copy of the judgement provided by Li’s lawyer to Caixin.

That month, Li sued IReader at the Beijing Intellectual Property Court, demanding the company stop using the Kedou patent — a technology used for collecting images and transferring data between devices. Also, he asked the court to force IReader to shutter its app and website, as well as compensating him to the tune of 20 million yuan.

Simultaneously, he reached out to IReader to offer patent licensing negotiations which could lead to the eventual dropping of the lawsuit. That April, he met with IReader’s legal adviser.

Li then did drop the lawsuit — he later told Shanghai’s First Intermediate People’s Court, where the second trial was heard, that this was so he could gather more evidence. In June, he again sued IReader and two other companies in the Shanghai Intellectual Property Court. Though this time his demands were less ambitious — he demanded a total of 20 million yuan from the trio, rather than just expecting the sum from IReader alone.

IReader eventually settled that case for 500,000 yuan. According to the company’s legal adviser, IReader was “forced” to settle as it had entered the key stage of its IPO review and didn’t want the process to be affected.

However, after IReader paid that money, Li decided to try his luck again.

In July 2017, he transferred the ownership of yet another patent to Shanghai-based Budao Industrial Co. Ltd., a company owned by his brother Li Xingwu and Li Xingwu’s wife. Subsequently his brother sued IReader for infringement of that patent. The company paid 100,000 yuan this time.

The company was listed on the Shanghai Stock Exchange on Sept. 21, 2017, two days later than scheduled. According to data on the bourse’s website (link in Chinese), IReader had raised about 166 million yuan through the IPO.

In January 2018, Li and his brother were detained by Pudong New Area police on suspicion of extortion. In August that year, they were indicted.

In the first trial that started November that year, the prosecutors attempted to show that the duo’s actions, far from being a legitimate defense of intellectual property, instead demonstrated criminal intent, a necessary condition for proving extortion under China’s Criminal Law.

By repeatedly targeting a company about to launch an IPO, and “forcibly” demanding large sums of cash, the prosecutors said their actions constituted extortion.

Moreover, the prosecutors showed that Li had faked the date on the document handing over the patent his brother used to sue IReader. While the patent transfer contract was dated December 2016, Li Xingwu’s wife admitted that the actual transfer was in July 2017, just a month before Budao sued. The court eventually ruled that the contract was invalid.

In an ultimately unsuccessful line of defense, Si Weijiang, Li’s lawyer, argued that even if Li “deliberately” chose to sue right before IReader’s IPO, it was his legitimate right as patentee to do so.

He also pointed out the relevant patents were recognized as legal and valid by the CNIPA, when Li and his brother were suing back in 2017.

Si added that although their patent transfer contract had “certain defects,” whether or not the contracts’ problems constituted a crime is debatable.

In its September 2019 verdict, convicting the pair of extortion, the court said that the brothers’ behavior caused the company’s IPO to be delayed and aroused fear among the staff, creating the conditions conducive to squeezing money out of the company.

The rare jailing of a patent troll has triggered discussion on how China should tackle this problem.

Zhang Weijun, a law professor at Shanghai’s Tongji University, said that in general there are two ways to fight against patent trolls — either civil settlement or criminal litigation — however beating the trolls in either isn’t easy.

Zhang said that the civil approach is time-consuming and criminal litigation requires evidence of criminal intention. “If malicious intent could not be established during the civil settlement process, then it’s pretty hard to draw that conclusion in criminal proceedings,” Zhang told Caixin in an interview.

Renmin University’s Wan Yong told Caixin patent trolls could be sued in civil cases under China’s civil code, which came into force in January. The code bans patent claimers from abusing their rights and says citizens engaging civil activities should act in good faith, uphold honesty and abide by their commitments.