By Wang Liwei and Wang Xintong 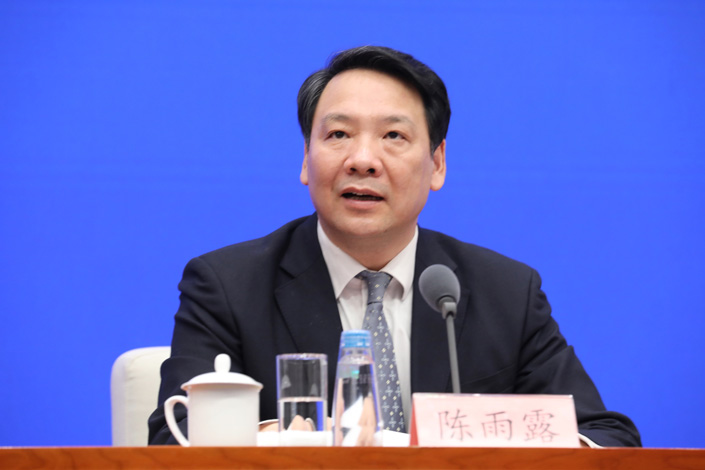 China and the EU are expected to publish the first set of common classification standards for sustainable finance by the end of this year, a move that aims to make it easier for companies to issue green bonds and other such investment products in foreign markets, according to Chen Yulu, a deputy governor of the People’s Bank of China (PBOC).

Chen made the comment Saturday at the annual meeting of the Green Finance Committee (GFC) of the China Society of Finance and Banking.

If adopted, the China-EU common standards will become a set of norms that allow other countries to recognize China’s green financial assets, said Ma Jun, a member of the PBOC’s monetary policy committee and the GFC director. “Using these standards to design products and sell them abroad can avoid the cost of double certification.” Ma said at the meeting, adding that such standards can help promote the issuance of cross-border green investment products.

The China-EU common taxonomy is formulated based on both the Chinese and European standards, which means after its release, China’s green bonds issued overseas will be “automatically” recognized by the European capital market while European institutions can also issue green bonds in China’s “panda bond” market, Ma said.

Other regions such as Hong Kong can also adopt the common standards after they’re published, he said.

An industry insider told Caixin the size of China’s green bond issuance ranked second based on domestic standards and about fifth according to the European standards. The reason for the disparity was that some green bond products that Chinese institutions used to sell overseas were based on domestic standards and not recognized as such by the international market, the person said.

China has made positive progress in green finance over the past year, including developing standards, disclosing environmental information, as well as creating products and enhancing international cooperation, Chen said.

Chen said that the country should expand its green financing pilot program to cover more areas and increase international cooperation in an effort to meet its ambitious carbon goals. He also suggested institutions in pilot regions launch green financial products for the global market based on the China-EU common classification standards.

China’s financial regulators have been working on various ways finance can play a significant role in the country’s green transition, including developing carbon markets and green financing. In 2017, the State Council, China’s cabinet, established pilot zones in six provinces for green finance reform and innovation, after several government agencies, including the central bank, issued 2016 guidelines (link in Chinese) to create a green financial system to encourage more investment in green projects rather than polluting ones.

The world’s largest emitter of greenhouse gases pledged to peak carbon dioxide emissions by 2030 and become carbon neutral by 2060.

The comments on China-EU common standards come after Zhang Bei, a deputy director of the PBOC’s finance institute, said at the Caixin Summer Summit 2021 in Beijing in June that the final version on the China-EU common taxonomy for green finance was scheduled to be finalized by the end of this year.

Green finance refers to fundraising and investment aimed at sustainable development projects and low-carbon technologies. It is part of the sustainable finance that requires investors to consider environmental, social and governance factors when making investment decisions in the financial sector, according to the European Commission.

On Friday, Chinese authorities issued a basket of rules and standards (link in Chinese) to crack down on misconduct in the green finance sector, including agencies that indulge in greenwashing by making fake or exaggerated claims about their contributions to sustainability. The move marked the launch of a market-oriented evaluation mechanism targeting institutions that evaluate and verify green bonds.

Authorities said the rapid development of the green finance market has been accompanied by problems, including inconsistent market standards, inadequate information disclosure as well as a lack of regulation of evaluation and certification in related businesses.

Chen said the balance of domestic and foreign currency green loans in China had reached 14 trillion yuan ($2.2 trillion) by the end of June, up 26.5% year-on-year. The country issued more than 350 billion yuan worth of green bonds in the first eight months, up 152% year-on-year, of which more than 180 billion yuan of carbon neutral bonds have been issued.