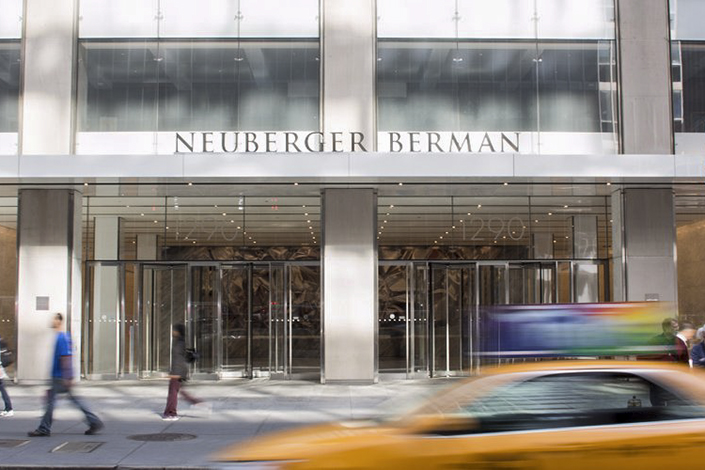 Neuberger Berman joins BlackRock Inc., the world’s largest asset manager, and U.S. asset manager Fidelity International in entering the sector and competing with more than 150 fund managers who had a combined 23.5 trillion yuan ($3.6 trillion) of assets under management through 8,400 mutual funds at the end of July, data (link in Chinese) from the Asset Management Association of China (AMAC) show. Beijing scrapped the limit on foreign ownership of mutual fund companies in April last year and applications from several other foreign asset managers, including Van Eck Associates Corp. and Schroders PLC, are going through regulatory reviews.

Foreign investment managers are flocking to the world’s most-populous nation to take advantage of growing demand for wealth management services as rising incomes prompt individuals to invest more of their money in financial assets. Sales of new mutual funds amounted to 1.6 trillion yuan (link in Chinese) in the first six months of this year, a record high (link in Chinese) for the six-month period. Last year, mutual fund sales also hit a record of more than 3 trillion yuan.

“Becoming one of the first batch of foreign mutual fund firms to start business in China is a milestone in Neuberger Berman’s business expansion in the country,” Patrick Liu, head of the group’s China operations, said in a Friday statement (link in Chinese). “Mutual funds can serve more Chinese investors, meet their diversified investment needs, and help global investors further explore the value of the Chinese market.”

Neuberger Berman Group had offices in 24 countries and managed more than $433 billion in client assets as of June 30, according to its statement. The group entered the Chinese mainland market in 2008 and established Neuberger Berman Investment Management (Shanghai) Ltd. in Shanghai in 2016, which later obtained a private fund management license.

Neuberger Berman Group’s application took much longer to process than BlackRock’s, which was approved in August 2020 about five months after it was submitted. Neuberger Berman Group put in its papers in April 2020 and in November, the CSRC requested clarification on some issues (link in Chinese), including a promise to provide capital to the fund unit should it face a liquidity crisis.