Evergrande to Raise $1.55 Billion From Sale of Stake in Regional Bank 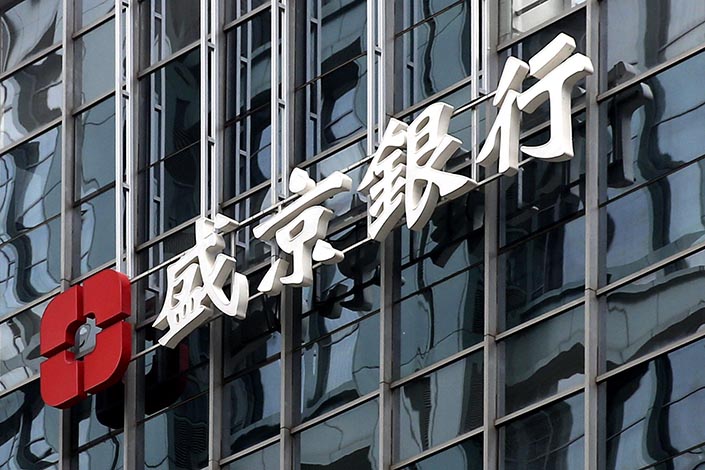 Troubled China Evergrande Group will repay debt owed to Northeast China’s Shengjing Bank Co. Ltd. by selling a stake in the bank worth about 10 billion yuan ($1.55 billion), according to its Wednesday filing to the Hong Kong Stock Exchange.

Evergrande said all net proceeds from the transaction have been demanded by Shengjing Bank to repay liabilities owed by the company to the bank.

It remains unclear whether the bank’s complete exposure to Evergrande will be cleared by the share sale. The more than 100 billion yuan of Evergrande’s related-party transactions with Shengjing Bank under investigation by regulators include 13 billion yuan of debt owed to the lender in the forms of loans and bonds, Caixin previously revealed.

The deal came as Evergrande’s debt crisis attracted increasing global attention, with the market monitoring how it will affect China’s financial system and property industry and whether the government will step in. Shengjing Bank’s exposure is an example of how the Evergrande crisis is threatening to impact businesses across China that have deals with the nation’s most indebted property developer.

The Hong Kong-listed bank is headquartered in the city of Shenyang in Northeast China’s Liaoning province. Evergrande is the bank’s biggest shareholder and will retain a 14.57% stake after the deal.

Evergrande’s transactions worth over 100 billion yuan with Shengjing Bank have raised concerns, prompting the local government to try to weaken ties between the two.

Read more
In Depth: How a Liaoning Bank Got Sucked Into the Evergrande Vortex

If the deal is closed, Shenyang Shengjing Finance Investment will become Shengjing Bank’s largest shareholder with a 20.79% stake, and Shenyang-based state-owned enterprises (SOEs) will hold a total stake of 29.54%, according to a Wednesday filing from the bank.

Evergrande’s liquidity problems have had a major negative impact on the bank, and the introduction of an SOE as the largest shareholder will help stabilize its operations, as well as protect the value of Evergrande’s remaining 14.57% stake, the developer said.

The share sale plan is subject to approvals from the top banking regulator, the state-owned assets watchdog and Shengjing Bank’s board of directors, according to the Evergrande filing.