By Yang Yang and Wang Xintong 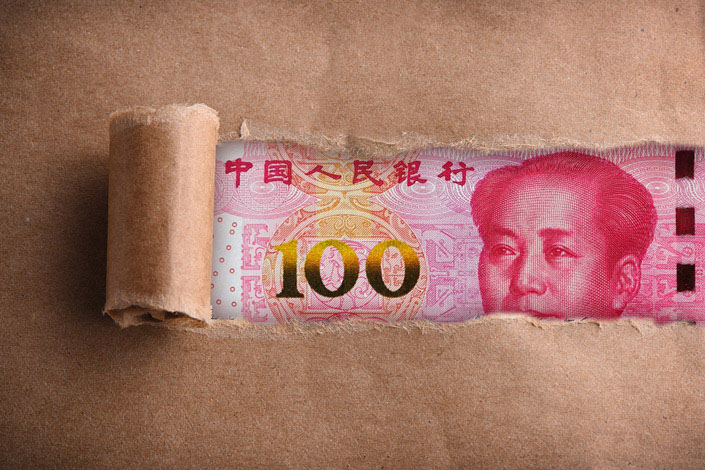 Millions of yuan in cash was found in the home of a former municipal official in Beijing, who recently received a prison term for bribery. It is the latest case in China’s campaign against corruption to feature a lower-level official taking extremely large bribes.

The cash was hidden under the ex-official’s bed and inside his closet and bed drawers. The man said he didn’t know how much he took and was surprised by the total, according to a statement published by the country’s top graft watchdog, the Central Commission for Discipline Inspection (CCDI).

Zhou Shuo, a former mid-level official at the capital city’s housing authority, was sentenced to nine years in prison for taking bribes and holding “a huge amount of property from unidentified sources,” according to the CCDI statement. Police found 13 million yuan ($2 million) in cash at his home.

The case comes as China is ramping up its anti-corruption campaign, which has resulted in some 4 million government and party officials punished or investigated for graft in nearly nine years. The country earlier this month vowed to punish both those offering and accepting bribes to beat back the corrupt activity.

Caixin has learned that Zhou, 42, was responsible for reviewing the qualifications of construction companies at the committee’s service center. According to Chinese law and regulations, enterprises can only engage in construction activities after they’re qualified by local housing authorities, while their activities are limited to the areas allowed by their qualification level.

In 2016, the rapid economic development and expansion of urban construction led to a rise in demand for qualifications in the construction industry, with many turning to Zhou for help, the CCDI statement said.

Zhou‘s case provides a vivid example of how lower-level officials can slide into corruption. He was quoted by the CCDI as saying that he didn’t accept bribes from others until he got to know an agent surnamed Liu, who often came to help companies apply for qualifications and “easily” earned a large sum of money through the process.

Liu said he paid Zhou 590,000 yuan in “benefit fees” to pass the qualification reviews and approvals, with each qualification costing him 5,000 yuan to 10,000 yuan, according to the statement.

In 2017, Zhou was promoted to chief of a business section at the service center. This was followed by a rise in the number of people who offered him bribes as well as an increase in the size of the bribes — from thousands to hundreds of thousands of yuan. He then became the person recognized as “convenient” by local agents running qualification-related businesses, the statement said.

In June last year, local inspectors launched an investigation into his conduct after receiving a report saying Zhou “deliberately” created difficulties for an applicant by using his qualification approval power. They later found nearly 13 million yuan in cash in his house, including some 6 million yuan in the closet of his bedroom. Cash was also found under his bed and in the bedside cabinet.

In December, Zhou was detained by local police and was indicted by local prosecutors on suspicion of bribery and of having an “a huge amount of property from an unknown source.”

According to the indictment, Zhou took bribes worth 1.89 million yuan in total. In addition, there are property and expenses amounting to 14 million yuan for which Zhou couldn’t explain the source, including the 13 million yuan in cash found at his home.

In recent years, China has reported a number of cases in which lower-level officials, often called “flies” in the country, took enormous bribes. In June, a former employee at the real estate trading center in the eastern city of Chuzhou was found guilty of corruption for embezzling nearly 70 million yuan. The employee has been sentenced to life in prison.

In July last year, an official in charge of a wildlife reserve management station in Beijing was sentenced to 13 years behind bars for taking bribes worth over 8 million yuan, as well as holding more than 49 million yuan worth of property whose source couldn’t be explained.