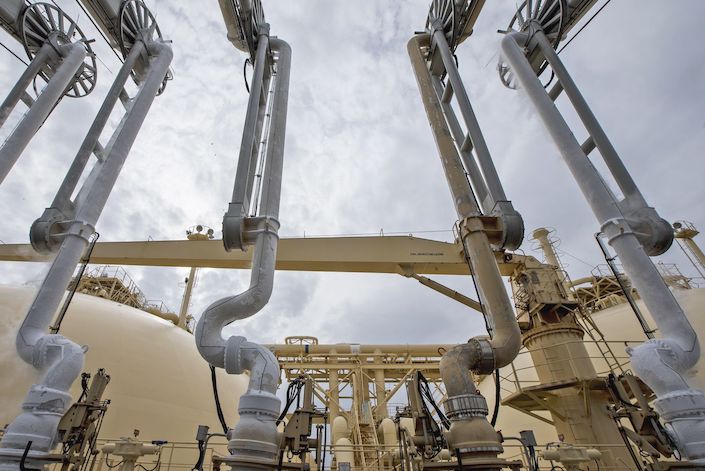 Prices for the heating and power-generation fuel are surging around the world as utilities rush to restock lower-than-average inventories ahead of winter in the northern hemisphere, while alternatives — like coal — are also in short supply. Export constraints from Norway to Malaysia, coupled with robust Asian demand, have left little of the fuel available.

The price rally for the super-chilled fuel brought its cost close to $190 a barrel of oil equivalent. That’s more than twice the level where international benchmark Brent crude is trading on Thursday.

Unlike previous record-breaking price spikes, this one is happening while temperatures are still relatively mild, illustrating the extent of the supply crunch. Frigid winter weather could send Asian LNG prices surging threefold from current levels, according to Citigroup Inc.

China’s state-owned importers are boosting efforts to secure LNG for the winter, putting them in direct competition with gas-starved Europe for exports. The country’s power crunch has triggered electricity curbs in at least 20 regions and could get much worse if a La Nina climate pattern brings colder-than-normal temperatures over winter.

“Competition with Europe will persist,” said Robert Ryan, chief commodity and energy strategist at BCA Research. “Asia successfully pulled cargoes over last winter by hiking prices to $32 levels and may well have to do that now to attract supply. There’s also the possibility that this still isn’t enough and governments in China and elsewhere could start ordering factories to shut down to conserve power.”

Traders expect China to continue spot LNG purchases over the next few weeks, which will likely push prices even higher as the market continues to tighten.

Surging European prices narrowed JKM’s premium over the European gas benchmark on Thursday to $2.45 per million Btu for December contracts, versus $3.20 just a few days ago, Roe said. That signals intensifying competition for available cargoes amid no increase in pipeline supply from Russia and the lowest storage levels across Europe in at least a decade.

The eye-watering price surge may force some utilities and importing nations to reconsider how reliant they are on the turbulent spot market. Spot trade made up 35% of global LNG imports last year, while the remainder were via term contracts primarily linked to oil, according to industry lobby group International Group of Liquefied Natural Gas Importers.

“I can’t help but think a lot of Asian buyers are reconsidering how reliant they want to be on the spot market,” said Susan L. Sakmar, a visiting assistant professor at the University of Houston Law Center. “This is especially important as we head into the winter heating season.”