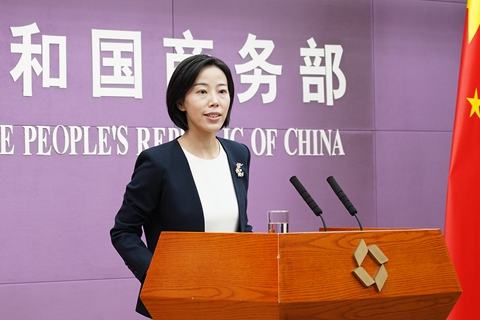 China will commit to allowing an unprecedented level of access to its markets to join the Comprehensive and Progressive Agreement for Trans-Pacific Partnership (CPTPP), a commerce ministry spokesperson said.

The commitment amounts to a “high-level opening-up,” the extent to which China has never agreed to under any current trade deal, Shu Jueting said at a Thursday press conference (link in Chinese) in response to a reporter’s question about what preparations the country is making to meet entry requirements for the multilateral trans-Pacific trade pact.

“China has conducted comprehensive assessment of the rules of the pact, and sorted out potential reform measures and revisions to laws and regulations that it may need to make to join the CPTPP,” she said.

The remarks came after China filed an application in September to join the CPTPP. It now faces an uphill task to negotiate an accession agreement with the pact’s eleven members — Australia, Brunei, Canada, Chile, Japan, Malaysia, Mexico, Peru, New Zealand, Singapore and Vietnam.

The CPTPP is the largest free-trade area in the Asia-Pacific region and the third-largest in the world. With China, the agreement would cover one-third of global GDP, making it the world’s largest regional free trade area. Experts have said that China’s entry into the CPTPP would increase its economic growth and boost regional economic integration in the Asia-Pacific region.

Shu said China will negotiate with each CPTPP member, according to the relevant procedures for joining the trade pact.

Analysts believe issues such as China’s state-owned enterprises and lacking labor and electronic data protections are the main obstacles to its entry into the CPTPP, which is known for its higher standards for such issues. Japan’s deputy finance minister Kenji Nakanishi said in September that China’s policies, including its subsidies for state-owned enterprises, mean it has no chance of joining the pact. It is widely believed that China will need to deepen reforms and expand the opening-up to meet CPTPP entry requirements.

“Applying to join the CPTPP shows China's willingness and determination to further deepen reform and open up its markets,” Shu said. “China is willing to work with all parties to overcome the damage done by the epidemic, to advance regional economic integration, as well as trade and investment liberalization and facilitation, to make greater contributions to global economic recovery.”