Opinion: China’s National Pension Insurance Company Has Got a Problem With Its Name and It Needs to Be Fixed 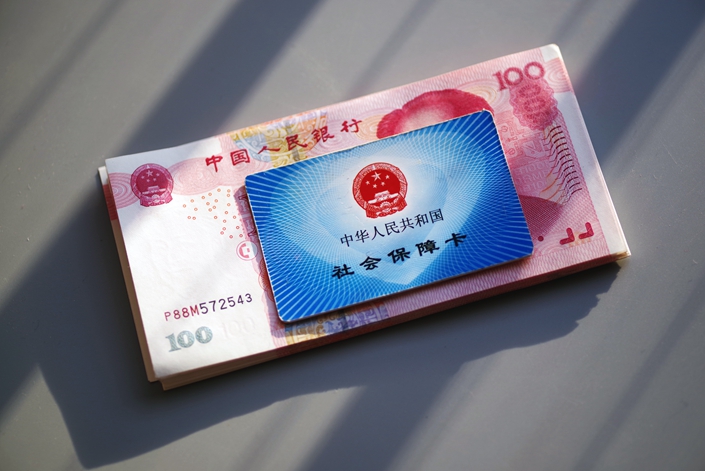 Commercial pension insurance is a new industry in China, so it should learn from international experiences. Photo: IC Photo

The China Banking and Insurance Regulatory Commission in September approved the establishment of China’s new National Pension Insurance Company. It’s significant, but the company has got the wrong name.

Within the international pension practices, if a pension insurance or annuity system is prefixed with the word “national,” it has a fixed connotation: a full-coverage public pension system, which belongs to the “zero pillar” in the World Bank’s pension model. However, China’s new “national” pension system is actually commercial and falls within the “third pillar” category of the model. Therefore, it is awkward and also inappropriate to use the word “national” for this Chinese pension company when it is obviously different from international norm. It could cause a lot of confusion in the actual operation.

Internationally, systems known as “national pension insurance” or “national pension” protect elders against poverty. Specifically, there are two types: One is the non-contributory, full-coverage national pension system, which is operated entirely with fiscal revenue and aimed to benefit all, often referred to as “citizen pension” in European and American documents. The other is a system supported by individual contributions and financial subsidies and run like insurance. In Japan, it is known as “National Pension Insurance (Kokumin Nenkin Hoken)” (There is no word for “pension” in Japanese, but the word “nenkin” is equivalent to “pension” in Chinese).

Commercial pension insurance is a new industry in China, so we should learn from international experiences. But if Chinese representatives tell their foreign colleagues that China has established a new “national pension insurance” system and wants to refer to foreign experiences, there would be confusion as to whether the Chinese are referring to zero-pillar pension or commercial pension. Such a basic system, which concerns the national economy and people’s livelihood, should also be standardized, as such nomenclature goes against basic common sense and may have a great impact.

So, why “national” can only be used for public pension system?

One reason is that participating in commercial pension systems means investing in the capital market, where there is an inexorable law that people who cannot afford market risks must be excluded or only those who can afford the risks can be insured.

For example, ordinary Chinese people are familiar with the purchase procedure of wealth management products. Before one purchases financial products from banks, his or her risk-bearing capacities will have to be assessed. Even in developed countries, commercial pension insurance is mainly purchased by high-income and some middle-income people, not the whole population.

Second reason is that fund companies pursue profits, so they cannot afford to receive a large number of “nationals” with extremely low contribution levels, and the existence of fixed fees forces them to set a minimum amount for contribution. Hence, it is not a system for all nationals. So, calling it national would be self-contradictory and inconsistent with the name, which might hurt the credibility of the government.

One of the reasons China named the commercial pension insurance “national” is probably that it hopes this system can cover all nationals. But that hope is far from the reality in the developed world and is also theoretically impossible. Fundamentally, buying commercial pension insurance is a personal choice, so the coverage of the insurance depends on the supply-demand balance in the market. Governments cannot force people to buy this insurance or take coercive measures to help it achieve full coverage. In this respect, China will not be different from developed countries.

In conclusion, the “national pension insurance” system approved by the CBIRC is contradictory in its name and connotation. Also, it goes against the international naming practice and may cause confusion in many aspects. Therefore, changing the name to what it really is, “commercial pension insurance,” would be more appropriate.

Wang Xinmei is specialist from the Center of Social Welfare and Government at Zhejiang University.