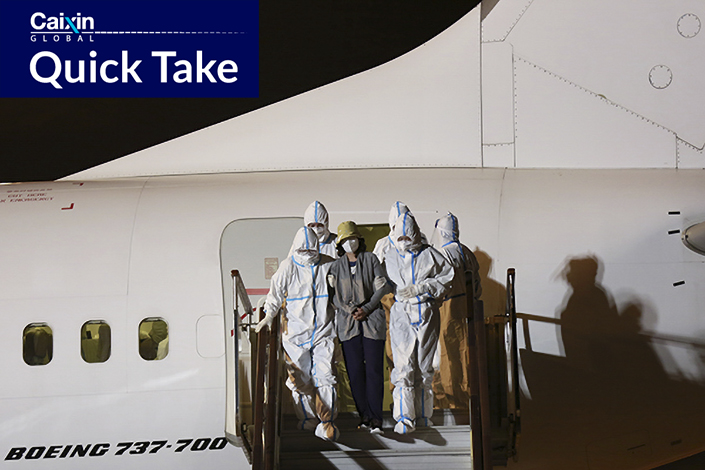 What’s new: Former banker Jiang Dongmei, who was accused of corruption and fled China, has been arrested overseas and repatriated, according to a Monday statement (link in Chinese) from the Central Commission for Discipline Inspection (CCDI), the country’s top anti-graft agency.

The context: Jiang, 51, served as president of Liaoyang Rural Commercial Bank Co. Ltd., a local bank based in Northeast China’s Liaoning province. She was accused of taking bribes and illegally issuing loans involving huge sums of money, the statement said. She fled the country in March, and in July, Interpol issued a Red Notice for Jiang at China’s request.

Over the past few years, China has stepped up the hunt for fugitives accused of corruption. From 2014 to the end of 2019, 7,242 fugitives were repatriated to China from more than 120 countries and regions, with 18.6 billion yuan ($2.9 billion) in illicit money being recovered, according to another CCDI statement (link in Chinese).

Related: Corrupt Beijing Housing Official Had $2 Million in Cash Stashed in His Home