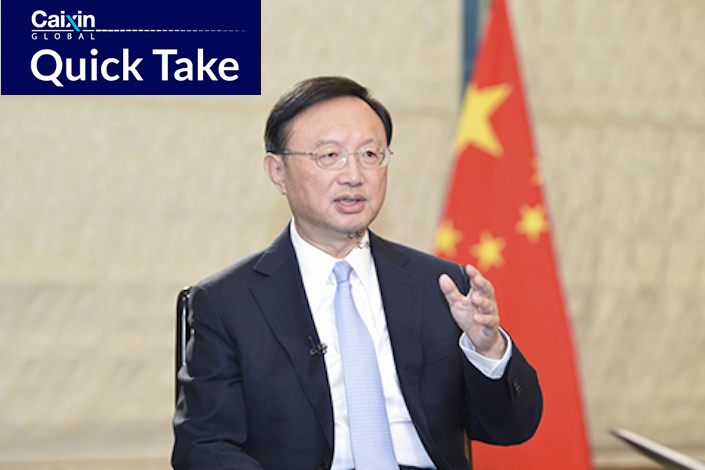 The two sides discussed areas where the U.S. and the China have an interest in working together to address vital transnational challenges, and ways to manage risks in bilateral relationship, according to a readout published by the White House. The meeting followed up a phone conversation between Chinese President Xi Jinping and U.S. President Joe Biden on Sept. 10.

Yang is a member of the Political Bureau of the Communist Party of China Central Committee and director of the Office of the Central Commission for Foreign Affairs.

The context: The meeting is the latest sign of increased communications between Beijing and Washington as the world’s two largest economies move to break a deadlock in bilateral relations.

In the September phone call, the two presidents expressed their hopes of promoting cooperation, managing competition and preventing “unintended conflict.”

U.S. Trade Representative Katherine Tai said this week that the Biden administration will seek a new round of trade talks with China.

Yang and Sullivan met earlier this year when the two countries held their first high-level, face-to-face meeting in Anchorage, Alaska, an event that was characterized by tense exchanges.