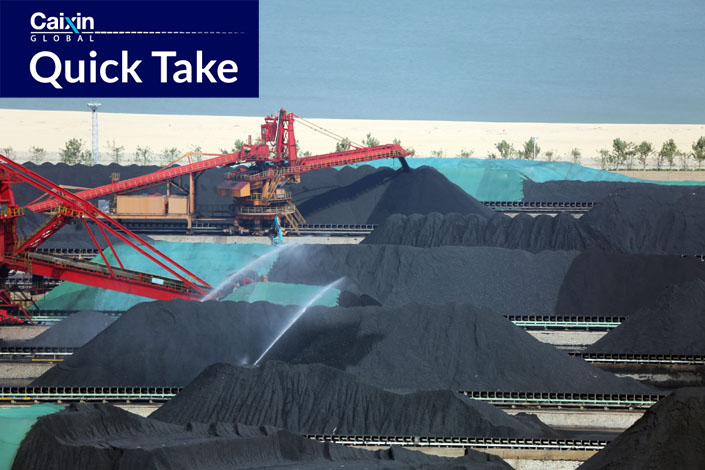 What’s new: Seventy-two coal mines in North China’s Inner Mongolia autonomous region have been told to boost their output by nearly 100 million tons, as the nation continues to grapple with severe power shortages.

An urgent notice dated Thursday and issued by Inner Mongolia’s energy bureau gave the nod to 72 mines in the three cities of Wuhai, Ordos, Hulunbuir and the region of Xilingol league to raise annual production capacity by 98.35 million tons, or 55.11%, provided they do so safely.

Under the directive, which comes as part of a broader drive to grow China's core coal capacity, mines were told to complete procedures for the increase by the end of the month. But it is unclear how long that will take to translate into actual output.

The background: Since mid-September, several regions across the country have suffered power outages and were forced to ration electricity.

High coal prices — amid government-mandated cuts to coal production capacity and carbon-reduction measures — combined with a relatively low cap on electricity prices meant that power generators were selling below cost. This meant they cut power output at a time when an economic recovery is driving factories to consume a lot more electricity.

Since July, the National Development and Reform Commission has introduced a number of measures to guarantee supply, including releasing coal from state reserves, encouraging increased coal production by lifting quotas and extending trial operations at mines.

However, due to multiple factors including safety, environmental protection and land approval, these measures have been taking time to materialize, analysts previously told Caixin.

Inner Mongolia had a coal output of 1.006 billion tons in 2020, accounting for more than a quarter of China’s total output, according to figures released (link in Chinese) by the region’s energy bureau in February.