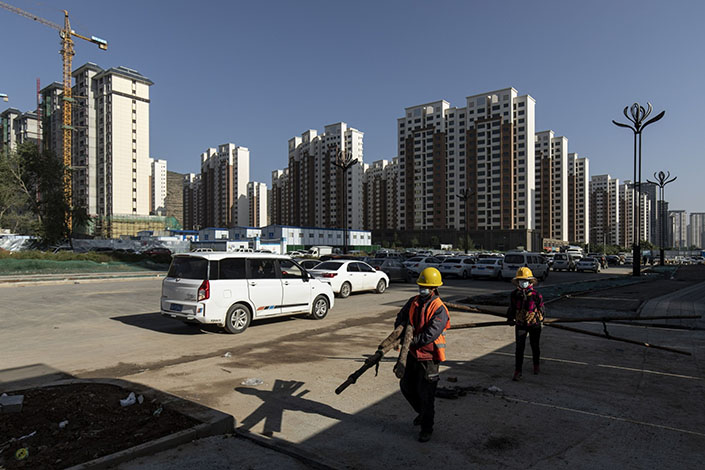 (Bloomberg) — Kirkland & Ellis and Moelis & Co. are working on contingency plans with offshore holders of China Evergrande Group’s bonds who fear the struggling company may sell assets that they’re counting on to back up their claims if the business collapses.

The law firm and the New York-based investment bank are advising a group that so far includes six members holding $2.5 billion of Evergrande offshore bonds, a Moelis managing director said on a call with bondholders Friday. They’ve been trying to engage with Evergrande and its advisers since Sept. 16, sending letters asking for information about the company’s situation and assurances that management won’t sell offshore assets while a solution is being discussed.

So far, there hasn’t been any meaningful response, a Kirkland partner said during the call, which reporters were invited to monitor. The offshore holders could be vulnerable because by some estimates, they rank among the lowest priority for repayment if Evergrande becomes insolvent.

Kirkland is one of the biggest U.S. law firms specializing in distressed companies and bankruptcies. A Kirkland lawyer said the bondholder group is working with Harneys, the global offshore law firm.

A person familiar with the situation said holders are looking at various forms of recourse, including laws of the Cayman Islands where Evergrande’s listed parent is incorporated. Representatives for Evergrande didn’t immediately respond to an emailed request for comment after regular business hours.

The bondholder group is seeking more clarity as Evergrande embarks on a wave of asset sales. The developer’s property-management arm is said to have piqued the interest of Hopson Development Holdings for a deal that would value the business at around HK$40 billion ($5.1 billion).

Last month, Evergrande agreed to offload a 20% stake in Shengjing Bank Co. for $1.5 billion, with the bank demanding that all proceeds go to settle debts due to the lender. That transaction could give preferential treatment to the bank over Evergrande’s stakeholders, a Moelis managing director said on the call.

Evergrande’s situation is complex not just because of the humongous debt pile, but also because the restructuring will affect jurisdictions including China, Hong Kong, the Cayman Islands and New York.

The bondholders are acting amid signs that China will do everything it can to ring-fence Evergrande rather than organizing a bailout of the teetering developer, whose distress has roiled global markets for weeks. This doesn’t bode well for bondholders -- both onshore and abroad -- looking for some kind of government rescue.

Their concerns have been fanned by reports that Evergrande has already failed to pay some of its debts. The Chinese real estate developer skipped interest due Sept. 23 and Sept. 29 on some dollar-denominated notes and entered a grace period, which gives the company a short time to make good on the debt before it becomes a formal default.

Earlier this week, Bloomberg News reported that creditors didn’t get repayment of a $260 million bond issued by Jumbo Fortune Enterprises. The note is guaranteed by China Evergrande Group and one of its units, creditors said, and it could be the firm’s first major miss on maturing notes since regulators urged the developer to avoid a near-term default.

Evergrande’s offshore bondholders could wind up last in line when it comes to getting paid in a restructuring. Distressed-debt veteran Michel Lowy said in a Bloomberg Television interview Friday that unfinished properties, unpaid contractors, homebuyers and the onshore creditors will all be prioritized ahead of overseas investors, and it may take many months for the developer to share its restructuring proposal given the complexity of the company.