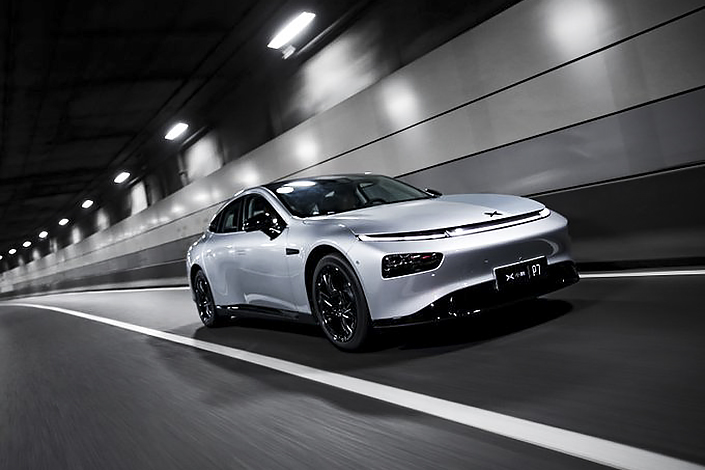 Huawei Technologies Co. Ltd. is further expanding its business beyond its core telecoms gear and electronics offerings into the logistics and energy industries, just a few months after the firm opened a lab dedicated to coal mining technology.

The Shenzhen-based company has created four new divisions known as “corps,” according to a Monday circular:

- The Customs and Port Corps will be helmed by Xun Su

- The Data Center Energy Corps will be captained by Charles Yang

Yang and Chen will both report to Hou Jinlong, the president of Huawei Digital Power Technologies Co. Ltd.

Tesla wannabe Xpeng Inc. said on Monday that it has produced 100,000 electric vehicles, seven years after it was founded. Xpeng currently makes vehicles at its plant in the southern Chinese city of Zhaoqing, but the firm is building two new manufacturing facilities in Guangzhou and Wuhan.

Xpeng made a new monthly delivery record in September with sales of 10,412 vehicles, representing a year-on-year increase of nearly 200%, the company said in a statement.

Xpeng’s main domestic rival Nio Inc. said it had passed the same milestone in April. Both automakers have started carving out territory in Europe, with Norway their first stop.

Receiving an investment from Xiaomi makes Fujian-based Yesoul, which specializes in designing and making indoor smart bikes, rowing machines and treadmills, a member of Xiaomi’s tech ecosystem consisting of startups engaged in connected home products and intelligent hardware, according to Yesoul.

Yesoul said it will spend the money in developing new smart hardware, optimizing its supply chain, improving its online fitness courses and expanding its overseas presence.

Lenovo Group Ltd. retained its position as the world’s largest PC vendor in the third quarter with a market share of 22.8%, but its shipment growth trailed that of the overall market, according to research firm IDC.

Honor will use Google services

Honor Device Co. Ltd. said Monday on social media that it has forged partnerships with a number of unspecified suppliers, a move that will enable its Honor 50 series to come preinstalled with Google Mobile Services.

Since being spun off from Huawei last year to escape U.S. sanctions, Honor has been striving to rebuild its supply chain. In January, the former Huawei unit said it had forged ties with major suppliers including Qualcomm, AMD, Intel, Microsoft and MediaTek.

These efforts have had a positive effect. With a market share of 15%, Honor leapfrogged Xiaomi in August to become China’s third-largest smartphone brand, the first time it has held that position in a year, according to Counterpoint Research. The first and second spot went to Vivo and Oppo, which controlled 23% and 21% of the market respectively.

The factory would be located in southern Japan’s Kumamoto prefecture and is expected to make semiconductors used in camera sensors, automobiles and other products, Nikkei reported, adding that the plant is likely to start operations by 2024.