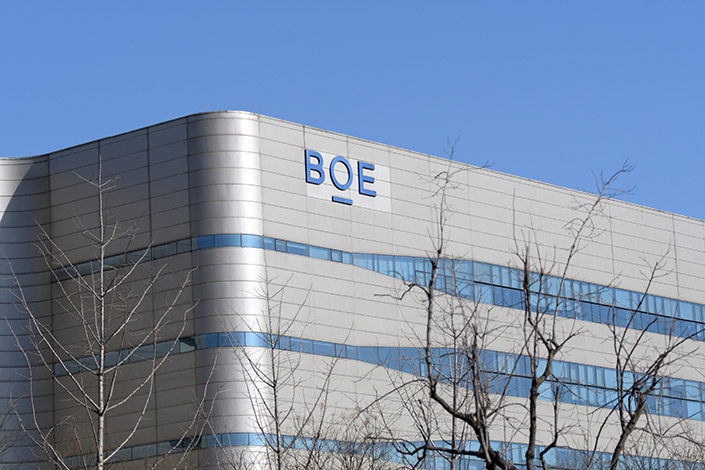 (Nikkei Asia) — Apple has added China’s BOE Technology to its list of premium display suppliers for the latest iPhone, providing a major boost to Beijing’s tech ambitions — and added pressure on existing suppliers like Samsung.

The Beijing-based display maker began shipping a small number of organic light-emitting diode (OLED) displays for the 6.1-inch iPhone 13 in late September and is scheduled to increase those shipments soon, pending a final verification process, multiple people familiar with the matter said.

It is the first time for BOE, China’s largest display-maker, to supply OLED displays for new flagship iPhones, although the company will provide screens only for the more affordable model for now. BOE previously only supplied OLEDs for repaired and refurbished iPhones.

“It is in the process of final testing, but based on the results of earlier samples, BOE should have no problem passing the tests,” an executive-level source with direct knowledge of the matter told Nikkei Asia. “The foundation of the collaboration between Apple and BOE is based on their previous project on the iPhone 12, and both Apple and BOE want this to happen soon.”

The final qualification, with a focus on the durability of the screens, will wrap up as early as this month, three people with knowledge of the matter told Nikkei Asia.

BOE will initially split orders for the 6.1-inch iPhone 13 displays with Samsung Display, with the Chinese company’s share accounting for up to 20% of the total, sources said. Under the most optimistic scenario, BOE aims to grab 40% of orders for this model from the South Korean display giant, the people added.

BOE is making the OLED displays for the iPhone 13 at its Mian Yang complex in Sichuan province, where it already turns out OLED screens for Chinese smartphone makers Huawei, Honor, Xiaomi and Vivo, they said.

The company also makes screens liquid-crystal displays for Apple’s iPads. It has tried for years to break into the higher-value iPhone supply chain, but OLED screens for iPhones are much harder to make than LCDs.

BOE’s breakthrough will add to the pressure on LG Display and Samsung Display, especially the latter, which has dominated the supply of OLEDs for iPhones since 2017. Having a third manufacturer will give Apple greater bargaining power in talks with its South Korean suppliers.

It also marks a major success for China’s larger tech ambitions. Beijing has been pushing to upgrade the country’s manufacturing capability and has positioned BOE as a future challenger to the likes of Samsung.

Many Japanese and Taiwanese display makers, including Sharp, Japan Display and Innolux, long ago lost market share to their Chinese rivals, as none of them have a large presence in the capital-intensive OLED segment. The cutting-edge displays have become a mainstream feature for high-end smartphones.

Sharp and Japan Display supplied more affordable LCDs for iPhones for years, but Apple’s decision to switch entirely to OLED screens on its flagship phones last year dealt them a heavy blow.

Despite the good news for BOE, however, the company’s plans to ship OLEDs for the iPhone 13 could be affected by supply chain uncertainties. BOE’s power supply has been prioritized by the local government to ensure stable production, Nikkei Asia learned, but many other suppliers are scrambling to cope with unexpected power outages in several Chinese provinces, as well as the ongoing shortage of chips and other components. Delivery times for the iPhone 13 have already been extended due to tight supplies of camera modules, Nikkei Asia reported previously.

It also remains to be seen whether BOE can deliver a steady flow of OLEDs with consistent performance, sources said, as it is the first time for the Chinese supplier to offer OLEDs for newly launched iPhones.

Apple and BOE did not respond to Nikkei Asia’s request for comment.