By Yang Min and Denise Jia 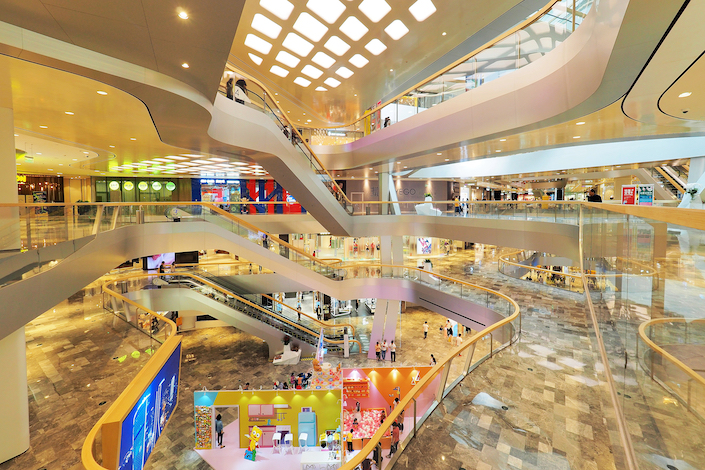 CLCT will acquire four logistics assets in Shanghai, Kunshan, Wuhan and Chengdu, the China-focused real estate investment trust said without disclosing the sellers, whom it identified as “unrelated third parties.”

The addition of logistics properties will expand the proportion in CLCT’s portfolio of new-economy assets, which include business parks, logistics and data centers, the company said. After the acquisition, new-economy assets will rise to 21.4% of CLCT’s holdings from 15.3%, with an 8% increase in assets under management to 22.5 billion yuan, Tan said.

Under a five-year acquisition growth roadmap, CLCT plans to achieve a portfolio mix of 40% in commercial developments, 30% in retail properties and 30% in new-economy assets by 2026, the company said.

The four properties in key logistics hubs near transportation nodes such as seaports, airports and railways have a total gross floor area of 265,000 square meters with a committed occupancy of 96.3%, the company said.

CLCT intends to finance the acquisition through a mix of debt and equity. The company proposed a S$150 million ($110 million) private placement of about 103 million new units. DBS Bank, JPMorgan and HSBC were the joint global coordinators and bookrunners for the private placement.

The acquisition is expected to increase distributions per unit by 3.5% on a pro forma basis. The transactions are expected to be completed by end of 2021.

CapitaLand is one of Asia’s largest diversified real estate groups, owning and managing a global portfolio worth about $102.5 billion, including commercial, retail, business parks, lodging and residential properties. The company entered China in 1994 and owns and manages more than 200 projects in 40 cities, with assets of 280 billion yuan.

Since 2016, when China launched a new round of tightening measures in the property market, CapitaLand began to unwind its real estate assets and focus on industrial parks and logistics and data centers.

In June, CapitaLand sold partial stakes in six commercial property projects in China to Ping An Life Insurance Co. for less than 33 billion yuan. Part of the proceeds will be used to support the group’s investment pivot to new-economy assets such as business parks, logistics and data centers, the company said.

The company plans to expand its China exposure in the sector to $3.7 billion over the next few years from $1.1 billion at the end of 2020, said Puah Tze Shyang, CEO of investment and portfolio management at CapitaLand China.

CapitaLand said in April that it is investing 3.66 billion yuan to acquire its first hyperscale data center campus in Shanghai.