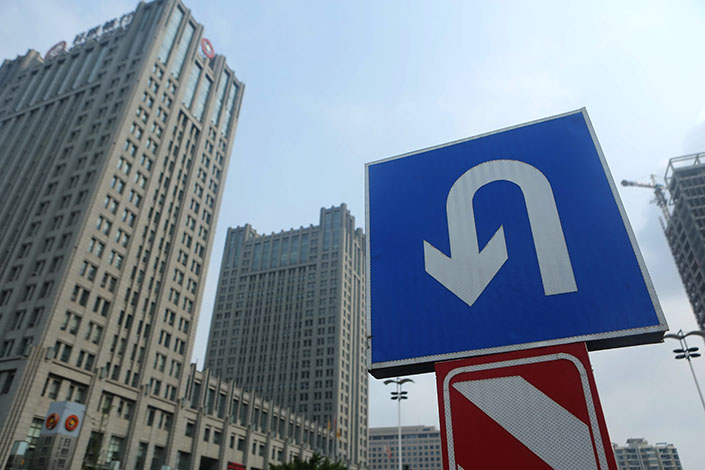 China’s local government income from land sales will fall next year after growing at a slower pace this year, ratings giant Moody’s predicted, as strict financing regulations and the Evergrande crisis dull developers’ once insatiable appetite for land.

The prediction illustrates the knock-on effects that the ongoing tumult in China’s real estate industry could have on the broader economy as land sales are one of the largest revenue sources for local governments, adding to the stress on their budgets.

In September, the average price for land deals in 12 monitored Chinese cities was 4.2% higher than the average reserve price, according to information from data dealer China Real Estate Information Corp. (CRIC). The figure had fallen for two straight months (link in Chinese) and was well off a recent peak of 25.4% in April.

In addition, about 27% of land parcels up for sale failed to attract bidders in September, according to CRIC data, the fourth straight month the figure had risen.

Some cities such as Shanghai and Hangzhou, East China’s Zhejiang province, recently halted several planned land auctions, which some analysts attributed to their cooling property markets.

“The lacklustre bidding and the failed auctions underscore weak demand and the cautious appetite of property developers,” Moody’s Investors Service Inc. analysts wrote in a report released at the end of September.

They predicted that revenue from land sales — which are actually sales of the rights to use the land for a period of time rather than the land itself — will end up growing in the low single digits for the year as a whole, slowing from high double-digit growth in the first half-year. “We also expect 2022 full-year land sales revenue to decline relative to 2021, even taking into account a likely policy adjustment to avoid a severe contraction,” the analysts wrote.

Provincial-level regions that rely highly on land sales and have high debt burdens, such as Guizhou province and Tianjin municipality, will find themselves under fiscal pressure as the gaps in their budgets widen, the Moody’s analysts wrote. That pressure will in turn constrain funding for infrastructure and weigh on economic growth.

To stabilize the rapidly cooling property markets, some local governments have begun taking measures to ease liquidity pressure on real estate companies and shore up demand. Earlier this month, the northeastern city of Harbin issued a slew of measures including relaxed restrictions on developers’ pre-sales revenue and subsidies for certain first-time homebuyers.

With local property prices and sales in decline, some local governments have directed developers not to cut prices too deeply, and have set limits on the size of discounts that developers can offer.