Suning.com Warns of Up to $1.2 Billion Net Loss on Plunging Revenue 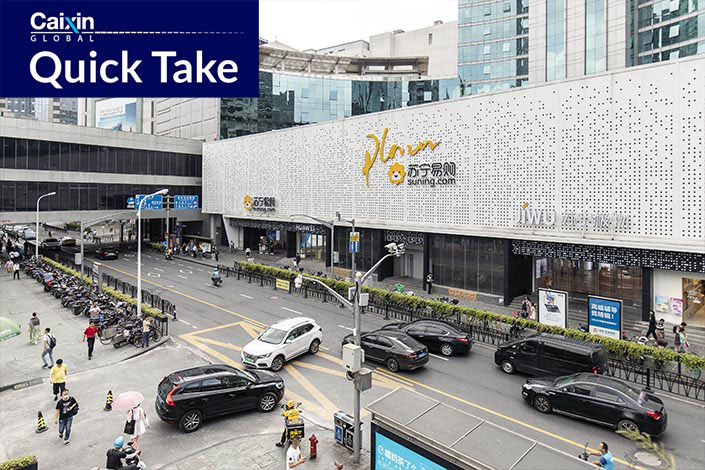 In comparison, the e-commerce arm of Suning Holdings Group reported a profit of 547 million yuan in the same period last year, according to a company filing (link in Chinese) to the Shenzhen Stock Exchange on Friday.

Preliminary losses for the third quarter alone stood between 3.9 billion yuan and 4.3 billion yuan, compared with the same period last year when the company reported a profit of 713 million yuan.

The company said it had trouble getting its hands on enough money in January, June and July, encountering “severe liquidity pressure” that led to a shortage of product inventories. At one point at the end of July, inventory of its core electrical business was at about 30% of normal levels. At the same time, a heavy cut to operating expenses had also affected sales at its stores.

“Overall, the company’s revenue is expected to drop significantly year-on-year in the third quarter, resulting in a significant year-on-year decline in profit. Although the company continues to strictly control various expenses, it will take some time for the adjustment to take effect,” the notice said.

The background: Suning.com has been struggling under a mountain of debt after it borrowed significantly to fund an acquisition spree from 2015 to 2019, as losses accumulated from its core retail business.

In July, the company secured a $1.4 billion lifeline from a consortium backed by Alibaba Holdings Co. Ltd. and several government funds. The bailout comes in the form of an equity transfer deal involving four major shareholders, including the founder of Suning.com’s parent, Zhang Jindong, who yielded a 16.96% stake to a fund created by the rescue consortium led by the government of East China’s Jiangsu province.