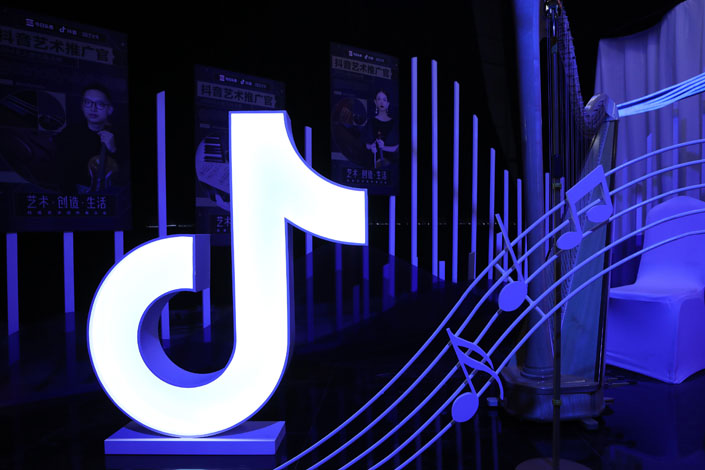 Sogou founder Wang Xiaochuan stepped down as CEO of the Chinese search engine on Friday after 11 years at the helm, as the company completed its long-awaited merger with internet giant Tencent Holdings Ltd. Wang said he would continue to consult for the firm.

Sogou’s core businesses including search, its popular Chinese language input system and PC-based browser will continue to operate under the Sogou brand for the time being, but will be run by Tencent’s Platform and Content Group.

Tencent offered to buy out Sogou’s American depository shares for $9 each in July 2020, as part of a strategy to take on search giant Baidu. The privatization offer was finally approved by China’s market regulator in July 2021.

Read more
Tencent to Challenge Baidu in Search, but No One Cares

Located in Ordos, Inner Mongolia, the 2 billion yuan ($310 million) facility is expected to start operating in 2024. It will be able to make 24,000 trucks and 5,000 fuel cell systems each year, the company said (link in Chinese), adding that their use could help cut greenhouse gas emissions by nearly 500,000 tons a year.

Intel Corp. has selected China as the global headquarters of its new Internet of Things (IoT) video business unit, aiming to profit from China’s increasing deployment of cameras used in industries including surveillance, retail, transport and manufacturing, according to a report by the South China Morning Post.

The new unit, set up in Shanghai earlier this year, will use its own chips and software, including computer vision and artificial intelligence, to help industries to handle video data, Chen Wei, vice president of Intel’s IoT Group and head of the group’s China operations, said at an industry summit on Tuesday, according to the report.

Midea said it aims to develop it into a cross-platform IoT system capable of linking different devices from different brands via a mobile app. However, Xiang Jiangxu, Midea’s vice president of technology, said doing so would require appliance manufacturers to adopt the same open-source operating system.

In that regard the app would resemble rival electronics maker Xiaomi’s Mi Home system.

Taiwan Semiconductor Manufacturing Co. Ltd. (TSMC) posted a 13.8% jump in third quarter profit to NT$156.3 billion ($5.6 billion), according to its earnings report released on Thursday, as demand for chips stayed strong in the face of worsening supply chain problems. Its revenue rose 16.3% year-on-year to NT$414.7 billion.

During Thursday’s earnings conference call, TSMC CEO C.C. Wei announced plans to build its first-ever plant in Japan which will focus on larger 22-nanometer and 28-nanometer technology, which can be used in many chip types from image sensors to microcontrollers. Mass production is expected to start in 2024, Wei said.

TikTok remains top of the pops

TikTok remained the world’s most downloaded non-game app in September with more than 59 million installs globally, around the same number as September last year, according to SensorTower. Mainland China, where the ByteDance-owned app is called Douyin and is subject to different content rules, accounted for 16% of the new downloads, becoming the app’s biggest download contributor for the month, ahead of the U.S. with 12%.

In partnership with the Spanish branch of General Logistics Systems, Cainiao Network Technology Co. Ltd., the logistics arm of e-commerce giant Alibaba Group Holding Ltd., launched a delivery service this week for AliExpress merchants in Spain, pledging to deliver goods within 48 hours of being ordered, according to China Daily.

Cainiao has been growing its European logistics network, adding a hub at Liege airport in Belgium this year. It is also building a trucking network spanning 30 European countries.

As part of the investment plan, a CATL subsidiary will form a joint venture with Hubei Yihua Chemical Industry Co. Ltd. to recycle used vehicle batteries and extract cobalt and lithium, the filing said.