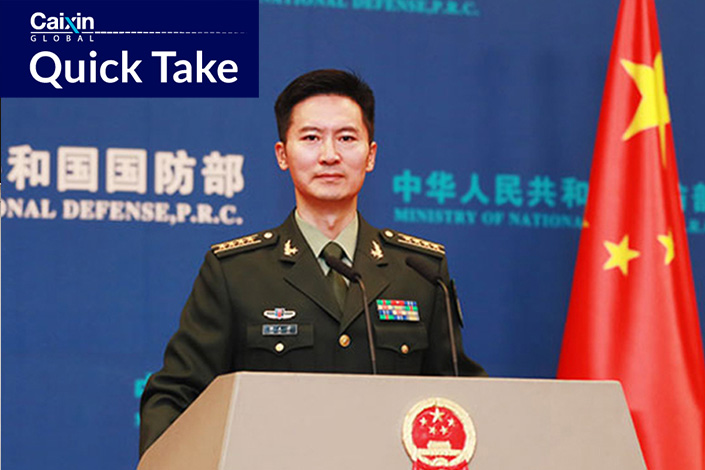 What’s new: China is urging the U.S. to stop any form of official exchange or military contact with Taiwan, Ministry of National Defense spokesperson Tan Kefei said, noting that the Chinese People’s Liberation Army (PLA) is on high alert and maintains combat readiness against external interference and separatist acts.

Tan made the remarks Friday in response to a question about a statement from the U.S. Department of Defense earlier this week, which said that the Pentagon will help Taiwan maintain its defensive capabilities.

“For a period of time, the US has stubbornly attempted to make an issue out of Taiwan so as to contain China, and continuously made negative remarks and moves on Taiwan-related issues,” he said.

The background: Pentagon Press Secretary John F. Kirby said at a press briefing Tuesday that “the PRC has stepped up efforts to intimidate and pressure Taiwan and other allies and partners.”

“Our support for and defense relationship with Taiwan remains aligned against the current threat posed by the people’s Republic of China,” he said.

Beijing has been reiterating its stance urging the U.S. to use caution on matters related to Taiwan. This has been included in the detailed ground rules China laid out in late July for engagement with the Biden administration on bilateral issues, which are grouped under the “three bottom lines” and “two lists” of demands, with the first referring to lines Beijing said the U.S. should never cross.