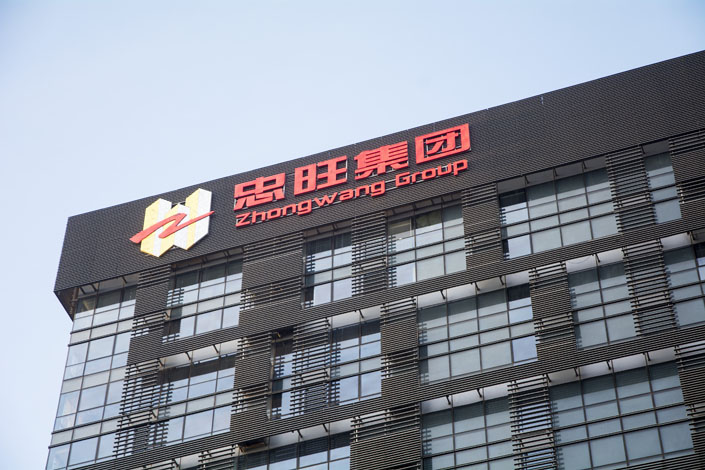 Aluminum giant China Zhongwang Holding Ltd. has disclosed that two of its major production units are facing unspecified “severe difficulties” and are seeking outside help from unnamed entities, while the company’s peers report blockbuster profit growth.

The Friday filing to the Hong Kong Stock Exchange offers investors one of the first slivers of information about Zhongwang’s situation since trading of its shares were suspended in August when the company delayed its first-half report. Later that month, six companies linked to the company’s founder were convicted of fraud by a U.S. court.

Liaoning Zhongwang Superior Aluminum Fabrication Co. Ltd. and Liaoning Zhongwang Group Co. Ltd., the two entities mainly responsible for Zhongwang’s production of the widely used metal, are “unable to overcome the difficulties on their own” and are actively seeking help from relevant parties, the filing reads.

It didn’t elaborate on who the relevant parties are or what kind of help the companies are looking for.

Zhongwang had a tough 2020. By the end of last year, its cash and cash equivalents had fallen 60% year-on-year to 360 million yuan ($55.9 million), and revenue was down more than 13%. Its borrowings, on the other hand, grew 3.3% to 66.9 billion, according to its annual report. At the end of last year, the company was carrying 91 billion yuan in total liabilities.

While Zhongwang has still yet to release any results for this year, its domestic peers have benefited from automobile manufacturers’ strong demand, even as the price of raw materials soars.

Shanghai-listed Shandong Nanshan Aluminum Co. Ltd. (600219.SH) said in a filing that it expects its net profit for the first three quarters will have jumped between 75% and 90% from the previous year to as much as 2.7 billion yuan. Shenzhen-listed Guangdong Haomei New Material Co. Ltd. (002988.SZ) estimated its profit for the three quarters would also increase over 60% year-on-year to about 100 million yuan. Hong Kong-listed Xingfa Aluminum Holdings Ltd. reported a 53.7% year-on-year jump to net profit in its half-year financial report.

Zhongwang had tried to ease its debt by a backdoor listing via Shanghai-listed real estate developer CRED Holding Co. Ltd. (600890.SH). But the plan took longer than expected. It was initiated in 2016, then was suspended, and then revived in 2020. CRED eventually called it off on Aug. 12, after the China Securities Regulatory Commission requested the firm to answer questions about Zhongwang’s supply chain and financial risks, among others.

Soon after, six companies tied to Liu Zhongtian — the founder, former chairman and president of Zhongwang — were convicted in the U.S. for disguising aluminum shipments to avoid customs duties. A sentencing hearing will be held in December.

Liu was not in court when the conviction was announced. Zhongwang later responded (link in Chinese) that Liu was not the controller of these six firms and has yet to receive any legal notice.

A separate filing on Friday also announced that three independent nonexecutive directors of Zhongwang have resigned.

Zhongwang is China’s top producer of aluminum extrusions, according to a report from Shanghai Orient Securities Co. Ltd., and is the world’s No. 2 manufacturer of the products, which are widely used in the automobile and construction industries.