By Meng Lingxiao and Cai Xuejiao 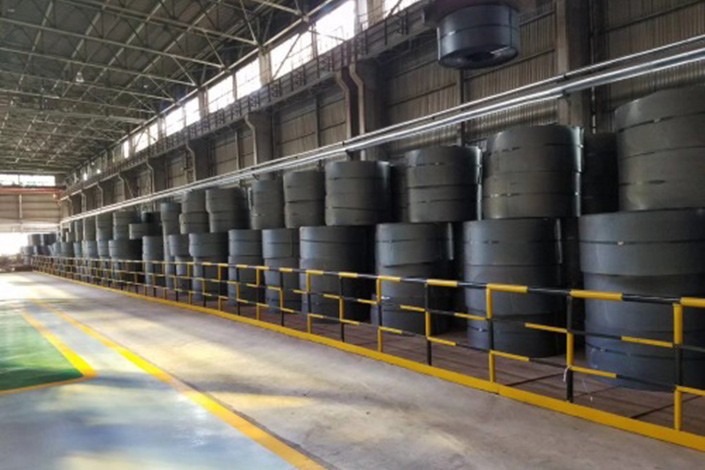 Thirteen people working for an iron and steel company and a third-party monitoring company in North China’s Hebei province are on trial for allegedly falsifying environmental monitoring data, as the authorities have ramped up efforts to punish polluters.

Lunan District People’s Court in the city of Tangshan on Wednesday heard the case of Tangshan Songting Iron & Steel Co. Ltd. The employees are accused of fabricating production records by manipulating monitoring devices in March, when the city launched an emergency response (link in Chinese) for heavily pollution and the local environmental authorities ordered the company to halt production.

Three former employees of a third-party company, a branch of Focused Photonics Inc., which was responsible for maintaining monitoring devices for Tangshan Songting since 2016, helped in the fabrication in exchange for money, the court heard.

According to the indictment, the company allegedly violated regulations by continuing to produce the metals during periods of heavy pollution, emitting pollutants including sulfur dioxide and nitrogen oxides. Five of the 13 defendants are also accused of bribery.

The court has not yet issued a verdict.

When contacted by Caixin, a representative of Tangshan Songting told Caixin on Friday that the company has made rectifications and is currently operating normally.

Tangshan is the world’s largest steel-making city, producing 144 million tons last year, up 5.2% from 2019. That was more than the 99.6 million tons of steel produced last year by India, the second largest producer after China. Tangshan’s massive steel-making complex is the largest contributor to heavy local emissions.

According to the indictment, the three monitoring company employees discovered the iron and steel company unplugged monitoring facilities’ sampling tubes to manipulate the readings. They then helped the company to evade supervision from the environmental authorities.

In December, an employee of the monitoring company, surnamed Zhao, asked another employee, to falsify monitoring data at the request of a senior Tangshan Songting employee. Zhao then asked Tangshan Songting to pay a monthly fee in exchange for his silence. The company gave a total of 200,000 yuan to Zhao in January and February.

In March, environmental authorities found that Tangshan Songting was producing in violation of regulations during an inspection, and the relevant employees were detained.

Earlier this year, six officials in the southern city of Chaozhou were charged with taking bribes to manipulate environmental monitoring data, as well as accepting kickbacks from individuals and companies.

According to a report jointly released in June by the Supreme People’s Court and a research center under Tsinghua University, last year the number of judicial cases on environmental issues increased — including civil lawsuits, criminal cases and public interest litigations. And according to a separate report by the top court, courts across the country last year handled 38,000 criminal cases related to environmental issues, a year-on-year increase of 2.9%.