By Wang Mengyao and Han Wei 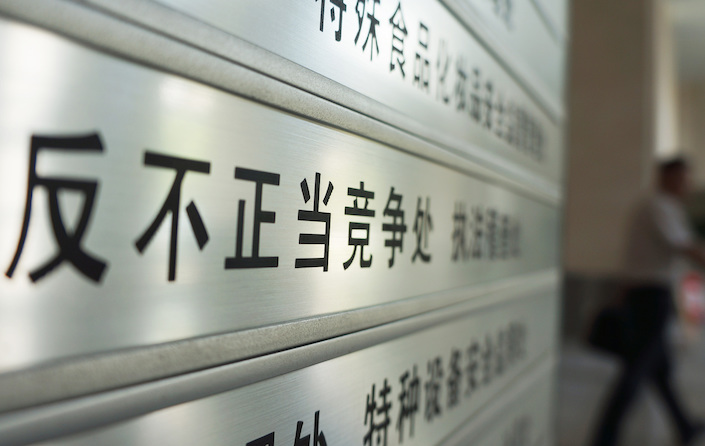 Established in March 2018, the SAMR and its Anti-Monopoly Bureau became the country’s top antitrust regulator after a merger of three separate law enforcement agencies

China’s top market watchdog is hiring to expand its antitrust task force as the government steps up scrutiny of anti-competitive practices.

It is the first public recruitment launched by the SAMR’s Anti-Monopoly Bureau, an agency set up in 2018 to oversee antitrust efforts after a major enforcement reorganization. The world’s second-largest economy is expanding a crackdown on unfair competition that has shaken tech giants including Alibaba Group and Tencent Holdings.

The new hires will engage in anti-monopoly policy research, anti-monopoly law enforcement, and anti-monopoly reviews related to concentration of business operators, according to a statement by the administration. Candidates should have educational background in economics, finance or law, with sound English language capability and working experience in related fields.

The SAMR didn’t publish any recruitment for the Anti-Monopoly Bureau in the past two years, Caixin learned.

According to an organizational restructure published in September 2018, the Anti-Monopoly Bureau has 10 subdivisions with a total of 52 employees. Experts have expressed concerns over the small team’s capacity to deal with a rising number of antitrust probes.

China is taking a tougher stance against anti-competitive practices, especially in the sprawling internet sector. In a December meeting, the Politburo, the Communist Party’s top decision-making body, for the first time vowed to clamp down on monopolies and “disorderly capital expansion.”

In April, the SAMR fined Alibaba a record 18.2 billion yuan ($2.8 billion) for violating antitrust laws, marking a seismic moment in the government’s quest to rein in monopolistic behavior by online platforms. That was followed by more probes and punishments of big companies including social media giant Tencent and online food delivery service Meituan.

On Tuesday, Chinese President Xi Jinping again vowed to correct practices that harm the interests of consumers and hinder fair competition and to prevent monopoly in the technology sector.