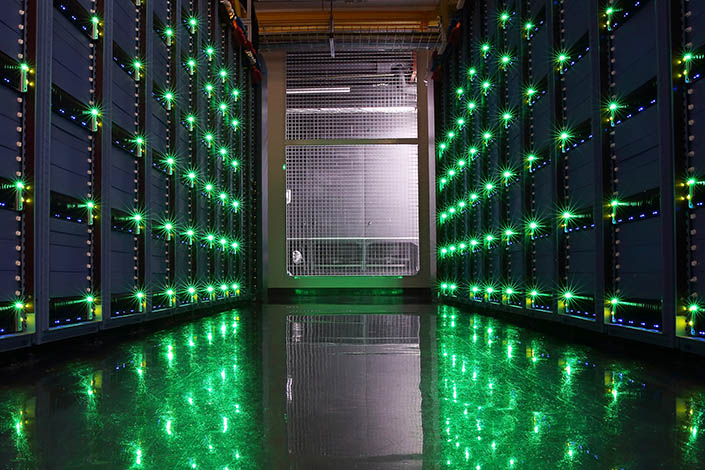 Alibaba research unit, the Damo Academy, has launched a short-term weather forecasting platform, or “nowcasting” system, which it said will assist farmers as well as the logistics and transport industries.

Developed with China’s National Meteorological Center, Alibaba said Friday the system can predict weather conditions on a 1 kilometer grid up to six hours in advance and track rainfall, wind speed and severe weather conditions like thunder and hailstorms, with updates available every 10 minutes. It’s now available to local cloud clients.

As the Chinese government tightens data rules for private firms, Tencent Holdings Ltd. has announced it will launch an external oversight committee (link in Chinese) to review its products for compliance with China’s various data laws. The committee is recruiting its first 15 members which will include legal and technical experts, lawyers and media professionals. China’s Personal Information Protection Law comes into effect on Nov. 1.

Working with a group of Chinese universities and tech firms, Xiaomi Corp. has established a research center in Beijing to develop in-house image processing technology for its smartphones. The center will focus on AI-powered image signal processors and machine vision, Xiaomi said in a statement (link in Chinese) on Sunday.

The Lei Jun-founded company was the world’s third-largest smartphone vendor in the third quarter of this year with a market share of 14%, which was flat from the same period of last year, according to research firm Canalys. The first and second spot went to Samsung and Apple, which controlled 23% and 15% of the global market respectively.

China’s Tesla challenger Li Auto Inc. last week started construction of a smart manufacturing facility in Northeast Beijing’s Shunyi district in a renewed effort to meet the growing demand for electric vehicles. The 6 billion yuan ($938 million) plant is expected to be up and running by the end of 2023, with a planned annual production capacity of 100,000 pure electric cars.

Huawei Digital Power Technologies Co. Ltd. clinched a deal to help build what it says will be the world’s largest energy storage project in Saudi Arabia as it seeks to diversify its revenue base. The aim is to store up to 1,300 megawatt-hours of energy off the grid in Neom, a controversial megacity construction project on the Red Sea coast that Saudi Arabia has said will be a green hub.

Crown slips from Honor of Kings

Genshin Impact made revenue of $341.7 million globally last month, about 31.6% of which came from the domestic Apple App Store, with the U.S. and Japan contributing the second- and third-largest sums with 21.7% and 21%, SensorTower said. Honor of Kings came in second with a global revenue of $209 million, nearly 95% of which came from China, followed by 2% from Japan.

Oppo, the world’s No. 4 smartphone brand, is seeking a competitive edge by developing in-house semiconductors for its flagship mobile phones, Caixin learned from several chip industry insiders, joining the likes of Apple, Samsung, Google and Huawei.

The firm plans to tap Taiwan’s TSMC for production and will use an advanced 3 nanometer design, with plans to use its own mobile systems-on-a-chip in phones due out in 2023 or 2024, Japan’s Nikkei Asia reported on Wednesday, citing sources familiar with the matter.

Alibaba Group Holding Ltd. on Wednesday announced plans to open its first data centers in South Korea and Thailand in 2022 to support the two nations’ efforts to boost their digital economies. Alibaba Cloud was China’s biggest cloud service provider in the second quarter, with a market share of 33.8%, followed by Huawei Cloud with 19.3%, according to consultancy Canalys.