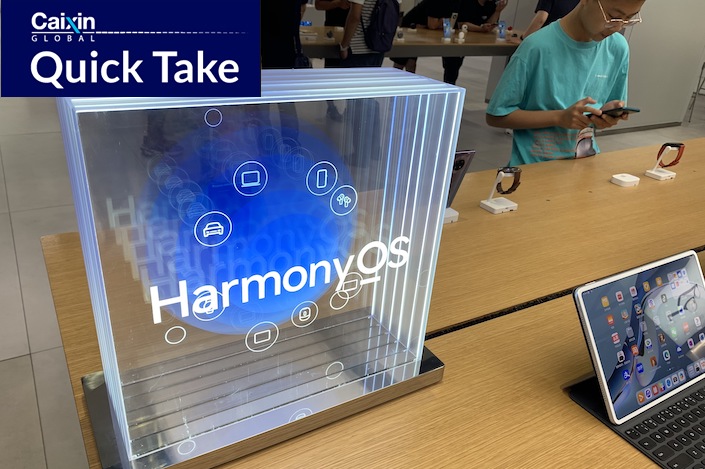 What’s new: The HarmonyOS operating system developed by Huawei Technologies Co. has come to power more than 150 million devices from mobile phones to tablets to smart speakers in two years since its debut, the Shenzhen-based company said.

By the end of this year, devices equipped with HarmonyOS will top 200 million, making it the world’s fastest-growing operating system, said Richard Yu, chief executive of Huawei's Consumer Business Unit, at the company’s developer conference Friday.

Yu said Huawei is working to bring the HarmonyOS to screens in drivers’ cockpits. An SUV equipped with HarmonyOS intelligent cockpit is expected to be launched as early as the end of this year, jointly developed by Huawei and Chongqing-based automaker Sokon Group.

The context: Huawei launched HarmonyOS in 2019 as a countermeasure to U.S. sanctions that banned Android developer Google from doing business with it.

In June, Huawei released HarmonyOS to open-source developers to encourage a community of outside software developers to freely use, improve and redistribute the underlying source code for their own products.

Huawei has invested 50 billion yuan ($7.8 billion) in developing an ecosystem for HarmonyOS over the past three years. The system now has 1,800 partners with 4,000 products that can be syndicated or connected with Huawei's system, Yu said.