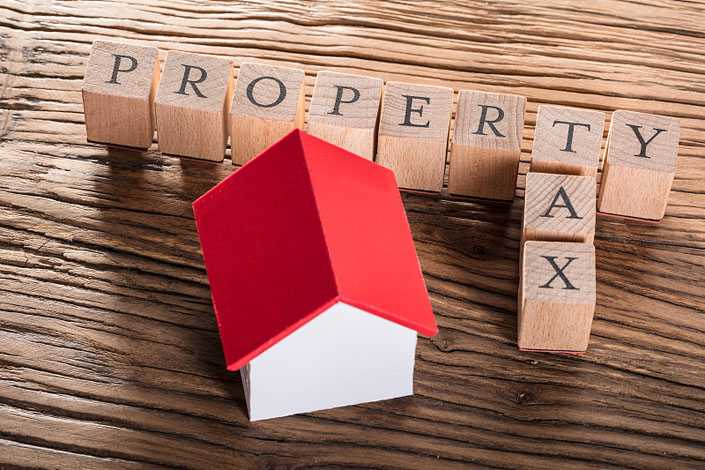 China is set to roll out a property tax pilot program in some regions. Photo: VCG

China’s recently announced property tax pilot program looks likely to disrupt participating real estate markets in the short term and produce economic dividends in the long term, though the rewards won’t be enough for the headline-grabbing policy to solve the country’s local government budgetary problems all in one go, analysts said.

The five-year pilot program, which the national legislature authorized Saturday, will be carried out in some regions, the state-run Xinhua News Agency reported, without specifying the regions. The State Council will later decide when to kick off the program and which regions will participate.

The program shows that the government is picking up the pace of long-discussed plans to roll out a nationwide tax on property ownership, as policymakers have not waited for the legislature to pass a property tax law before moving ahead with the regional pilots. The program’s authorization came after President Xi Jinping wrote in an article (link in Chinese) earlier this month that the government should push ahead with property tax legislation and reform.

“Three considerations are the most important: an alternative source of fiscal revenue; curbing home price increase and enhancing common prosperity,” economists with Macquarie Capital Ltd. wrote in a recent note, commenting on why policymakers want to roll out the property tax.

Ding said that large cities like Shanghai, Guangzhou, Shenzhen, Hangzhou, and Ningbo will likely be among the first batch of pilot cities.

“Near-term pains are inevitable,” economists at Nomura International (Hong Kong) Ltd. wrote in a note. Although authorities will cautiously proceed with the tax reform and only gradually phase in the tax, the economists expect the launch of the reform would rein in market speculation and home prices.

Despite potential disruptions to the real estate industry, the Nomura economists estimate that the tax reform’s short-term impact on the macro economy could be small given the limited scale of the pilot program.

Some analysts said that there’s no certainty that the property tax reform would result in a drop in home prices. In the near term, the property ownership tax would mainly affect property owners’ valuation expectations, while real estate prices would ultimately depend on the supply and demand in the market involving long-term factors such as land supply and population, Luo Zhiheng, an economist at Yuekai Securities Co. Ltd., wrote in an analysis piece.

Property markets in major large cities — first-tier and core second-tier cities — will be relatively stable because the demand for homes is solid in places with growing populations, strong industrial foundation, and good job opportunities, analysts at brokerage Hongta Securities Co. Ltd. wrote in a note.

However, analysts generally believe that the property tax reform will have a significant long-term impact on the economy as it is part of a broader package of tax and property reforms.

Some analysts expect that the property ownership tax would be another major source of revenue for local governments as it will be increasingly difficult for them to depend on land sales revenue as the property market’s era of rapid growth draws to an end. In the future, real estate tax will gradually replace land sales revenue as a crucial source of fiscal revenue for local governments, E-House’s Ding said.

In addition, levying a tax on home ownership is expected to promote wealth equality as rich people with more property will likely see higher tax, some analysts said. “Taxing high-income groups through the property tax and redistributing income through secondary distribution in order to stimulate the spending power of low- and middle-income people is the most critical objective of the pilot reform,” analysts at Shenwan Hongyuan Securities Co. Ltd. wrote in a note.